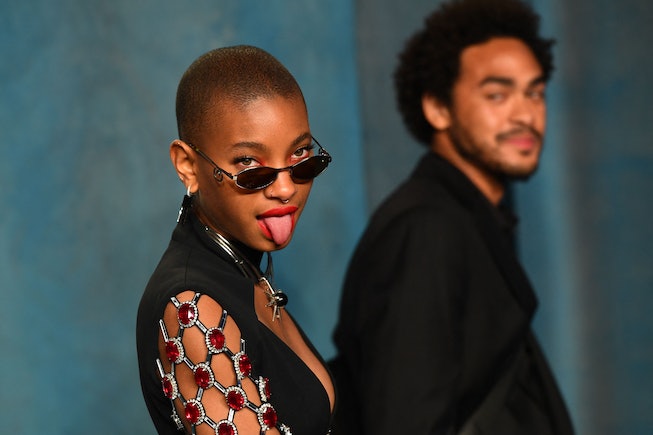 The 2022 Oscars wouldn’t be complete without night full of after parties for celebrity attendees. Of course, there’s the big one hosted by Vanity Fair and Elton John’s already got the festivities going with this annual viewing party, but there are plans for many more, too, like Jay-Z and Beyoncé’s Gold Party and Gucci and Guy Oseary’s own private party, which will reveal (and gift its guests) product from its newly debuted Adidas collaboration.

As for who’s already making stops at the after-party circuit, Sophia Turner (who’s expecting her second child) and Joe Jonas arrived at the 2022 Vanity Fair Oscar Party in Louis Vuitton looks, as well as Sarah Paulson in Bottega Veneta from its newly appointed creative director, Janelle Monáe in a cutout-adorned gown from Christian Siriano, Sienna Miller in vintage Armani Privé from its Spring 2007 couture collection, and more. As the evening continues, we’ll likely see plenty of outfit changes from the award show’s guests, including Zendaya, Kristen Stewart, Megan Thee Stallion, Billie Eilish, and Timothée Chalamet, to name a few.

Below, catch up on the must-see fashion from the 2022 Oscars after parties, and keep checking back for more updates.

See the best-dressed celebrities and every red carpet look from the 2022 Oscars.

NEXT UP
Culture
Caroline Polachek In KNWLS & More Party Photos You Missed
Fashion
Jenna Ortega Is The Face Of Adidas’ Newest Line
Fashion
The Best Celebrity Fit Pics From Paris Men’s Fashion Week
Culture
On The List (With Melissa Rich): How To Throw The Ultimate Apartment Party
Style + Culture, delivered straight to your inbox.