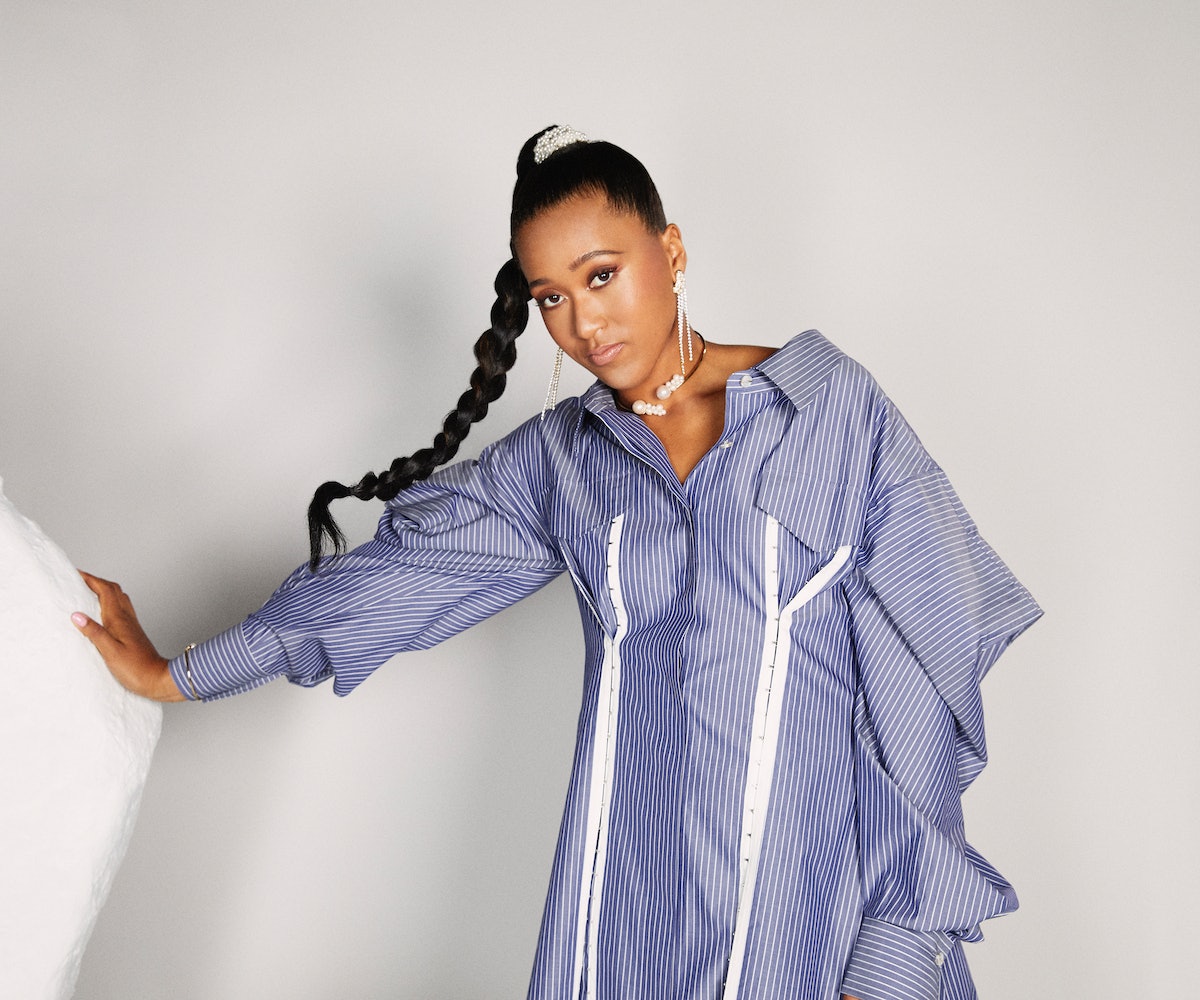 The tennis champ partnered with the Japanese-American brand on a 10-piece collection for fall, including knitwear, evening dresses, and origami-inspired shirt dresses and blouses. The pieces range in price from $275 for a logo T-shirt in white or black, to up to $1,100 for a burgundy or white asymmetric lace-and-ruffle dress, which was one of the first designs Osaka and Hanako Maeda created together.

"I'm definitely into fashion," Osaka told NYLON backstage after the Adeam show in February. "Especially as an athlete, I don't really get a chance to wear non-athletic clothes that much, so I like to use it as a means for freedom of expression."

At the 2020 U.S. Open in August, Osaka used that freedom of expression to bring more awareness to the Black Lives Matter movement. From the beginning of the tournament until her final match, she wore a different face mask featuring the names of victims of police brutality, including Breonna Taylor, Elijah McClain, Ahmaud Arbery, Trayvon Martin, George Floyd, Philando Castile, and Tamir Rice. When she won the championship on Sept. 12, she posed with her trophy for an official photo wearing an outfit and head wrap that paid homage to her Haitian heritage.

Osaka's collaboration with Adeam is available to shop online now. See more of the collection in detail, below.