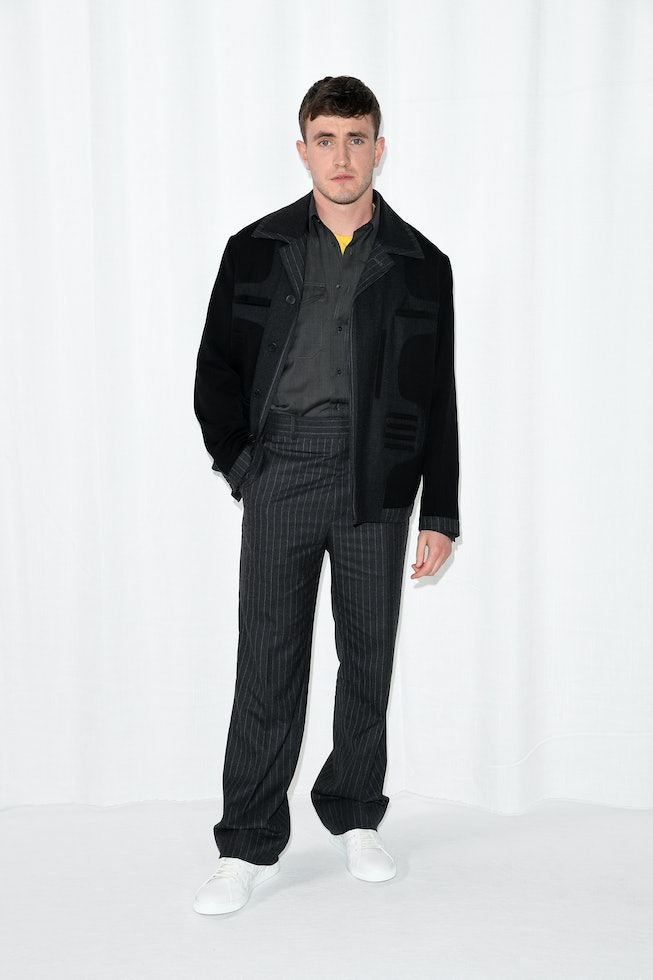 "It's been a busy few days and I am so excited. It's a trip of firsts — my first-ever fashion show and my first time in Milan," he told WWD. "I have done as much walking around as possible, it's an amazing city."

It's not all sunshine and strolls around Milan, though. Unfortunately, Mescal, who wore pinstripe trousers and a black jacket (all presumably Fendi), was not wearing his iconic silver chain. In fact, he was wearing absolutely no neck accessories of any kind. It's almost like he wants to incite a riot.

Mescal's signature chain, which he made famous during his role as Connell in Hulu's Normal People over the summer, isn't just any ol' necklace. It's an entire moment. Within 24 hours of the show's debut back in April, Lyst reported that "silver" and "chain necklace" became top search terms for men's jewelry, while searches for men's jewelry overall went up 16 percent.

"It was so important to Paul that the chain was there all the time," the show's costume designer, Lorna Marie Mugan, told Refinery29 back in May.

Well, apparently not all the time.