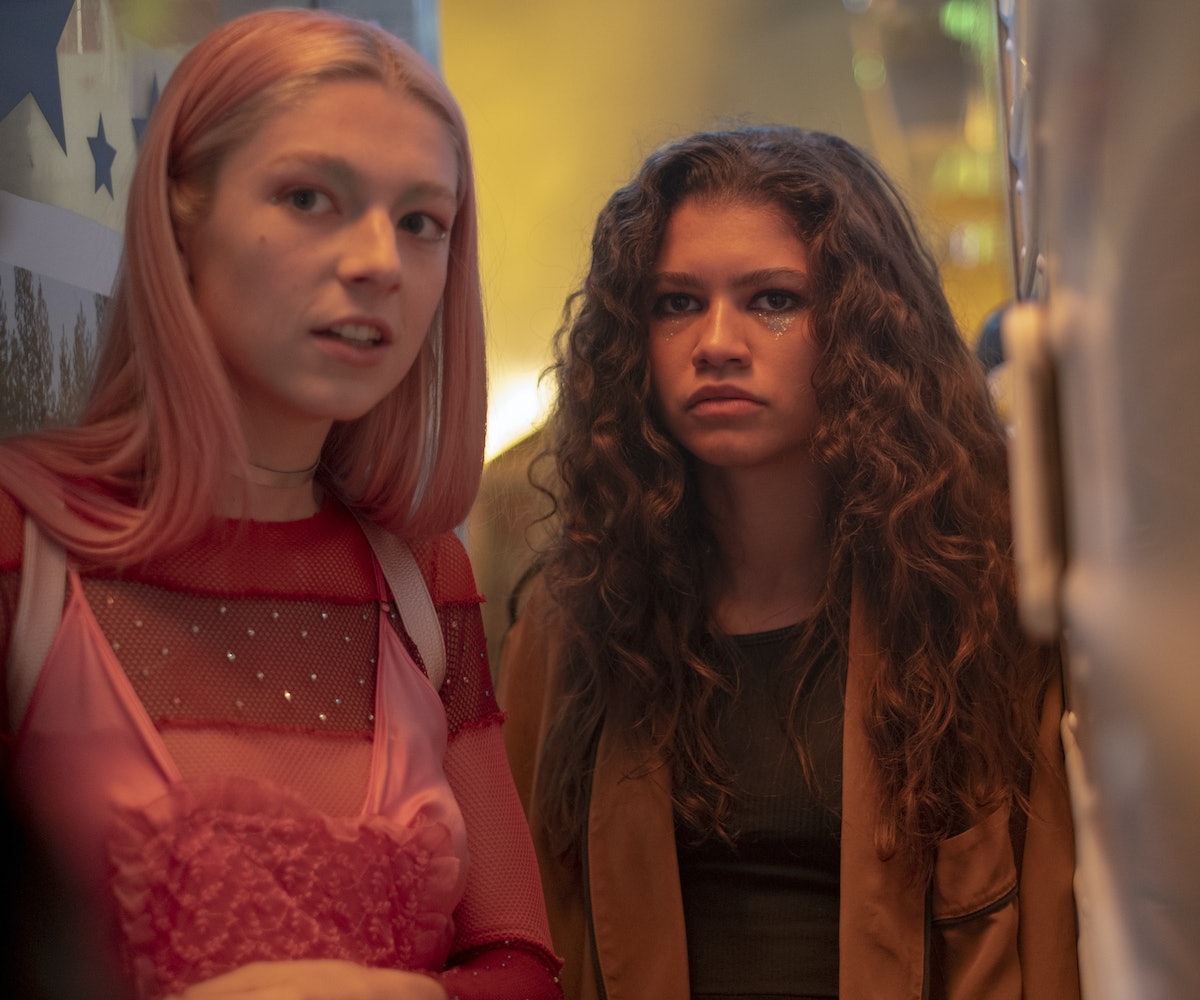 Halloween is going to be a little different this year, but that doesn't mean you can't dress up. Frankly, there were just too many standout pop culture moments from 2020 that it would almost be disrespectful to not recreate one with a costume. Joe Exotic didn't go to jail for us to not invest in at least one sequined button-up shirt.

For those who are looking to put in little effort during this spooky holiday, some costume ideas, like Rob from Hulu's High Fidelity or Taylor Swift's Folklore era, might already be in your closet. If you take dressing up very seriously and are looking for a challenge, look to Cardi B in the "WAP" music video or Connell's chain from Normal People, which will involve a range of latex, fishnets, and a silver catsuit.

We've picked out some of 2020's biggest pop culture stars and scoured the internet to find the pieces that will bring them to life this Halloween (even if you're spending it at home). See how to dress up as Schitt's Creek's Alexis Rose, Taylor Swift, Joe Exotic (or Carole Baskin), the Euphoria cast, and more, below.

Once you've done your Euphoria-inspired eye makeup, it's time to finish the rest of the look, which you can probably achieve with what's in your closet, shopping on Depop, or stopping at your nearest thrift store. Since we can't choose favorites when it comes to the entire cast, we included a piece inspired by each of the show's leading characters — Rue, Jules, Maddy, and Kat.

Order a size or two bigger to achieve Rue's favorite hoodie look and pair it with black Converse high-tops.

Jules always had a penchant for pleated skirts. Add a baby T-shirt, platform shoes, and a backpack for the whole look.

Maddy was known for her two-piece sets, and now you can get the exact I.Am.Gia purple outfit she wore on the show. (Other colors are available, too.) Make sure you add both the top and pants to your cart, since both are sold separately.

Virgin-turned-camgirl Kat's revamped look always had some sort of punk-inspired element. This studded body harness will do the trick.

Rob has the perfect laid-back style for those who don't want to put too much effort into dressing up for Halloween. Her love of Vans and vintage T-shirts means that the costume could already be found hanging up in your closet, but just in case they're not, we've got you covered.

A strappy plaid mini dress perfect for layering over a T-shirt.

2020's most iconic music video is actually fairly simple to recreate. All you'll need is lots of latex, fishnets, and some WAP merch from Cardi B herself.

Slide On Over Latex Bodysuit
Roma

An all-over fishnet bodysuit that you can trim or cut at your discretion.

Beyoncé in Black Is King

Beyoncé's film was full of high-fashion moments, but perhaps the most memorable was her Marine Serre moon print catsuit. Thankfully, the look is still available for purchase.

All Over MoonCatsuit
Marine Serre

The same legendary catsuit worn by Bey in the film. Who said Halloween can't be high fashion?

You don't have to be a professional dancer to wear ballet shoes.

Whether you're going for Joe Exotic or Carole Baskin, the fashion possibilities are endless, from leopard print caftans to sequin button-up shirts. Just give it a try and avoid anyh jail time.

When channeling the Tiger King, you're going to need a loud sequin shirt.

A low-hanging eyebrow ring is crucial.

The key accessory for a Carole or Joe costume is, of course, a pet tiger.

An animal print caftan is the Carole Baskin classic.

You can make your own flower crown or cop this rose gold one from Claire's.

The singer is known for her casual looks of baggy T-shirts and shorts with bold prints. This may also be the only costume where a face mask is actually part of it, as Eilish was way ahead of the CDC-required trend.

A baggy printed set worn by the woman herself.

Bulky white shades to wear whether you're outside or not.

Stay safe while staying in character.

The singer's surprise folk album also arrived with a new Taylor Swift cottagecore aesthetic. Of course, a cardigan is an obvious choice, but don't forget the plaid wool coat and flowy nap dress.

Folklore Taylor Swift is all about the cardigan.

A flowing nap dress for resting in fields or playing your acoustic guitar.

If you live in a colder climate, you can thank Taylor Swift for wearing a long wool coat on her album cover.

Yes, just the chain. While Hulu's Normal People became a runaway success over the spring, the real star of the show was the silver chain necklace worn by Paul Mescal.

You've gotta go full silver for this one.

Yes, that means all the way down to the shoes.

The most important detail: the chain.

What does a formerly wealthy woman wear once she's lost almost everything and is now living in a small rural Canadian town? Exactly what she would have worn before.

An ankle boot with a heel is a must, even if you're now living in the backwoods.

Make sue to wear it around the forehead.