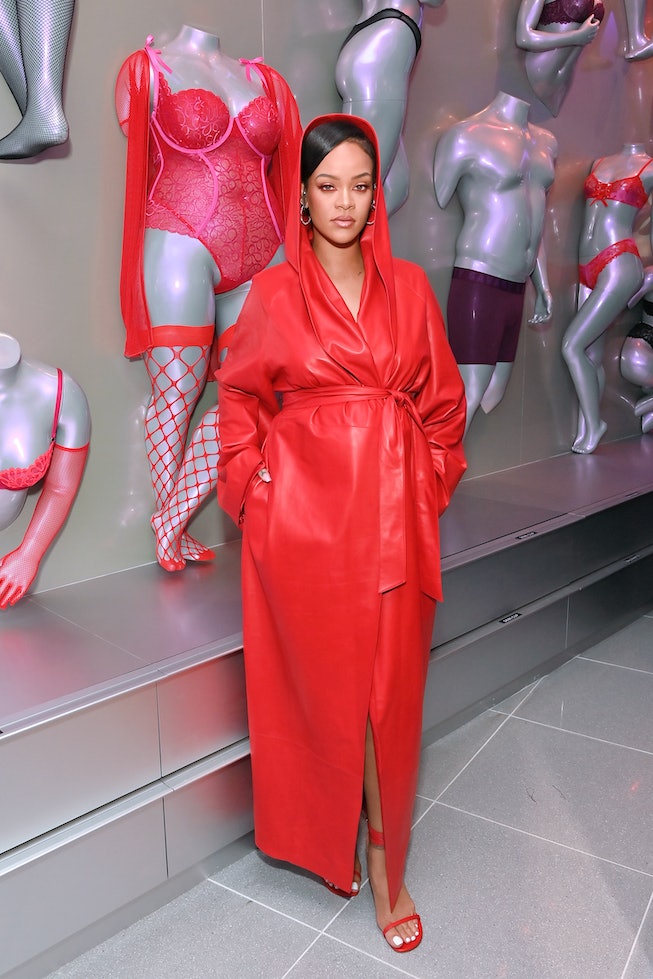 Editor’s Note: This post has been updated from its original version to include more information on the Savage X Fenty stores.

It’s quite obvious that almost anything Rihanna touches turns to gold. Her very popular lingerie brand, Savage X Fenty, is said to be worth one billion dollars and will most likely see even more revenue due to future plans of retail stores in 2022. On Friday, Jan. 7, the pop star-turned-entrepreneur took to Instagram to reveal the five cities that will be getting the brand’s first-ever brick-and-mortar locations — Las Vegas, which will open first on Jan. 22, as well as Los Angeles, Houston, Philadelphia, and Washington D.C. in early 2022 — along with a rendered photo of a Savage X Fenty store.

At the end of September 2021, the brand announced that it would be moving its very successful online platform into the brick-and-mortar space the following year. “Retail is an important part of our growth strategy. You’ll absolutely see some stores in 2022,” said the co-president and chief marketing and design officer Christiane Pendarvis, during a recent interview on Bloomberg’s Black in Focus Twitter series. “Because fit and comfort are so important, there are just customers who don’t feel comfortable purchasing online.”

While Rihanna’s brand has been very successful online, this new business strategy makes total sense considering the importance of size and fit for undergarments. Even though Savage X Fenty offers new members at least 50% off of their first purchase, there are just some people who’d like to try things on before they buy, this fashion writer included.

Aside from the upcoming locations, there aren’t many other details available yet, however, Pendarvis did share that the brand intends on having their own physical locations instead of just featuring the brand at other retailers, such as SKIMS with Nordstrom. For now, all of the Savage X Fenty stores will only be based in the United States, “but we’re absolutely having conversations around what does that expansion potentially look like in the EU,” she said.

Following the first five store location openings, Savage X Fenty has plans to expand with six more brick-and-mortar posts in the cities of Chicago, Atlanta, Detroit, St. Louis, Long Island in New York, as well as Newark in Delaware. Though timing has yet to be confirmed for these upcoming locales, Savage X Fenty’s Instagram account will have all of the latest updates.

Check out what the Las Vegas store from Savage X Fenty looks like, below.

Photos by Anthony Mair/Courtesy of Savage X Fenty
NEXT UP
Fashion
The Best Celebrity Fit Pics From Paris Men’s Fashion Week
Fashion
Apple Martin Is A Chanel Girl Now
Fashion
The Wildest Front-Row Looks From Couture Week In Paris
Fashion
Rosettes Are 2023’s Biggest Trend — Here’s How Celebs Wore Them in the 2000s
Style + Culture, delivered straight to your inbox.

This article was originally published on Oct. 1, 2021