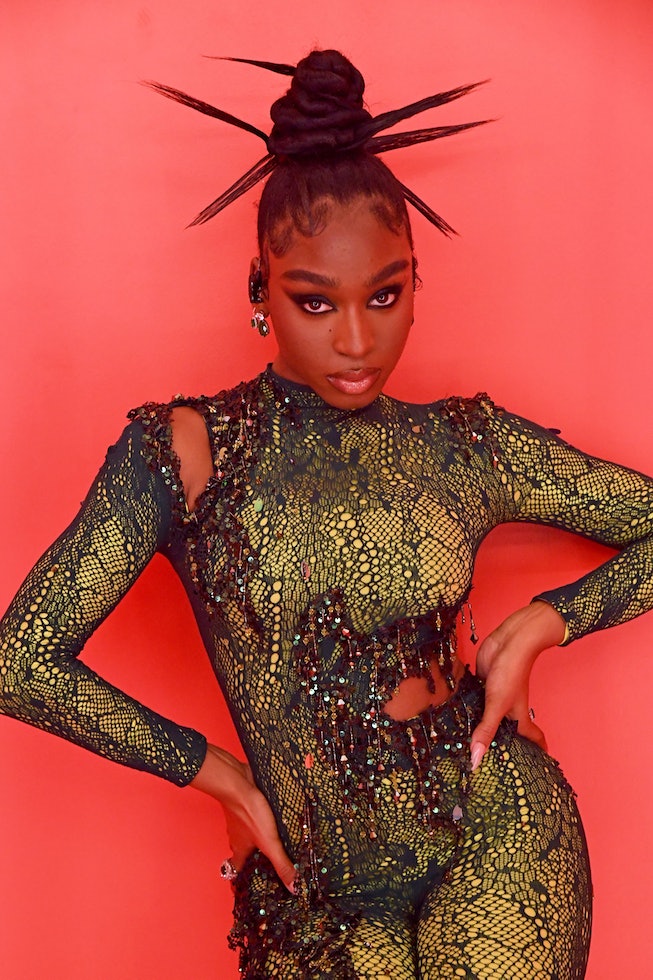 Rihanna has returned with her highly anticipated Savage X Fenty Show Vol. 3, and it definitely didn’t disappoint, to say the least.

The show’s third installment, which premiered on Friday, Sept. 24, via Amazon Prime Video, took viewers through (quite literally) soaring heights. In under 40 minutes, the star-studded cast and performers ascended, danced, and catwalked throughout The Westin Bonaventure Hotel & Suites in Los Angeles. Choreographed by Parris Goebel, the show featured electrifying performances from superstars like Daddy Yankee, BIA, Jazmine Sullivan, Nas, Ricky Martin, and Erykah Badu — just to name a few — as they all sported the lingerie brand’s latest collection, from neon lace sets and metallic and pleated lamé party pieces to snakeskin-printed undergarments and shiny vinyl lingerie.

There were also plenty of special celebrity appearances casted as Savage X Fenty’s models. Kicking the show off was Cindy Crawford, who made a stunning entrance in an emerald green ensemble. Plus, Normani’s performed her powerful “Wild Side” hit in a snakeskin catsuit and Lourdes “Lola” Leon showed off her teal latex look in a sensual bed scene. Most importantly, Rihanna, who’s also the executive producer and creative director of the entire fashion show, had her own dance number. Learning choreography while also celebrating inclusivity and style all on one runway? Rih really outdid herself, yet again.

We don’t want to give too much away, so check out every celebrity we spotted from Rihanna’s Savage X Fenty Show Vol. 3, below.