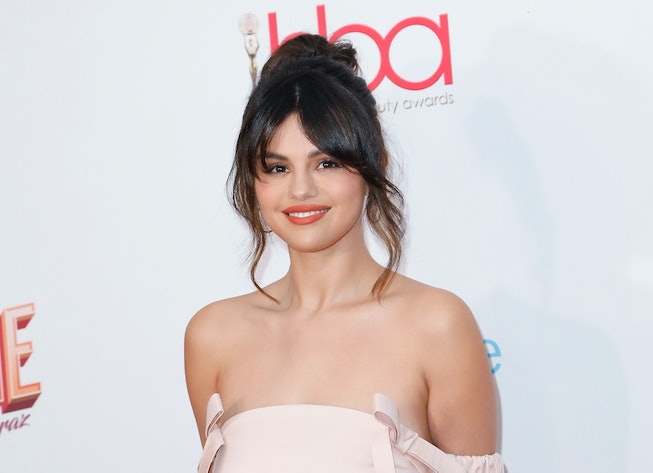 Olivia Rodrigo may be embracing her inner pop-punk princess, but her fellow Disney sister Selena Gomez would rather forget her foray into the style. In a video for Vogue, Gomez took a look back at some of her past fashion moments, including one from the ABC Summer Press Tour Party in 2007 that was very... 2007.

“It's so bad... I thought I was so cool. But in my defense, it was very Paramore, Ashlee Simpson days… and I’m not apologetic about that phase in my life I just don't want to ever see it again,” she said.

Gomez added that she was doing her own makeup and styling at the time, which was one of her first red carpet appearances, saying “you can tell.”

“I felt cool at the time,” she said. “I didn't have all this fancy stuff around me and I thought that made me pretty edgy.”

Paramore and Ashlee Simpson are currently inspiring a new generation of pop-punk lovers (and also Kourtney Kardashian), who are bringing back such nostalgic trends as pleated skirts and combat boots. While Gomez has never been afraid of trying new things when it comes to her style, you can probably cross her off the list of celebrities who will get into the genre’s current revival.

NEXT UP
Fashion
Jenna Ortega Is The Face Of Adidas’ Newest Line
Fashion
Apple Martin Is A Chanel Girl Now
Fashion
The Wildest Front-Row Looks From Couture Week In Paris
Culture
Spice Girls May Reunite For King Charles’ Coronation
Style + Culture, delivered straight to your inbox.