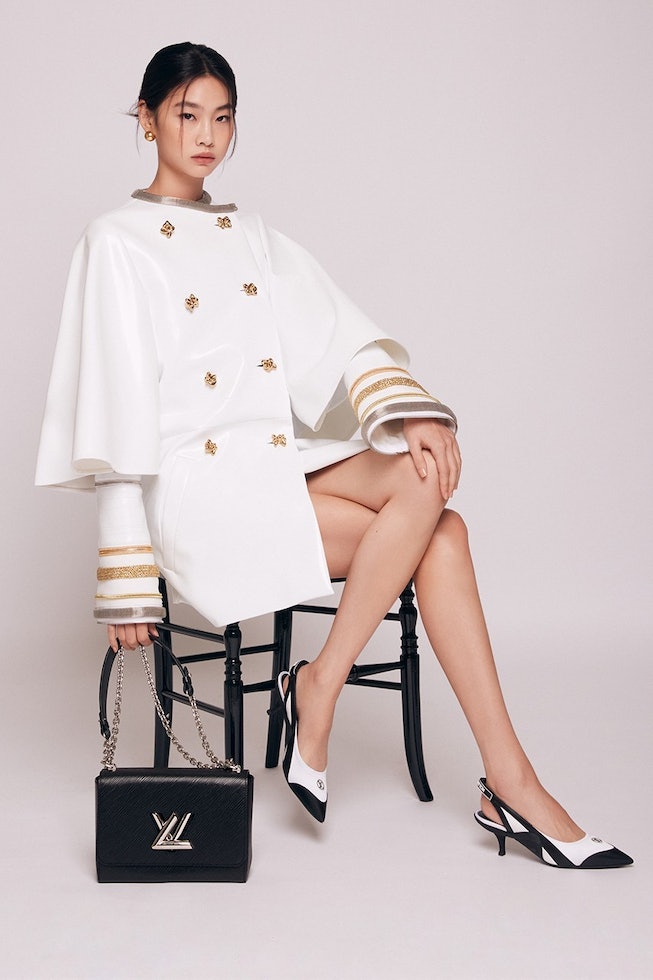 Model and rising actress Jung Ho-yeon is now the face of Louis Vuitton. On Wednesday, Oct. 6, the French fashion house announced that Jung is its newest Global House Ambassador for Fashion, Watches, and Jewelry — less than a month since her acting debut in the Netflix’s hit show Squid Game. She joins the star-studded list of Louis Vutton’s brand ambassadors, including global K-pop sensation BTS, Naomi Osaka, Emma Chamberlain, and more.

“I’m honored to kickstart my acting career with Louis Vuitton, which I’ve worked with throughout my modeling career,” Jung shared in a press statement. “I’m looking forward to the partnership as a global ambassador for the brand.” She also celebrated the new gig in a recent Instagram post, with the caption “New start with @louisvuitton @nicolasghesquiere ♥️”

Louis Vuitton made the exciting announcement on Instagram. “I immediately fell in love with Ho Yeon’s great talent and fantastic personality, and I am looking forward to starting this new chapter of the journey we started at Louis Vuitton a few years ago,” said creative director Nicolas Ghesquière in a social media post.

Jung first got her start on Season 4 of Korea’s Next Top Model, where she placed in second. Soon after, she made her international modeling debut with Louis Vuitton back in 2016 and became known for her signature fiery red hair. Now, Jung is the latest breakout star with her role as Sae-byeok in Squid Game and the most-followed Korean actress on Instagram, starting at 400,000 followers at the start of the Netflix show’s release to now 15 million followers in just a few weeks. She surpasses some of Korea’s biggest actresses, like Song Hye-kyo.

In a recent interview with W Korea, the actress spoke about her character in Squid Game, stating, “I think I was able to accept Sae-byeok without any big difficulties because I am similar to her. In 2016, I left Korea to further my modeling career overseas, and I spent a lot of time alone. At the time, the emotion that I felt the most was loneliness. That feeling of loneliness while trying to persevere and live isn’t all that different.”

Jung also talked about her sudden rise to stardom with The Korea Herald. “I am well-aware of how much work I have to do and learn to become a better actor and I try not to dwell too much on the success of Squid Game,” she said. “For the fans, I think it is best to show Jung Ho-yeon improved as an actor, in my next work.”

Check out Louis Vuitton’s official announcement for Jung as brand ambassador via Instagram, below.

NEXT UP
Culture
The Cutest Couples At The 2023 Grammys
Fashion
Jenna Ortega Is The Face Of Adidas’ Newest Line
Culture
Phoebe Dynevor Will Not Return for Bridgerton Season 3
Fashion
Apple Martin Is A Chanel Girl Now
Style + Culture, delivered straight to your inbox.