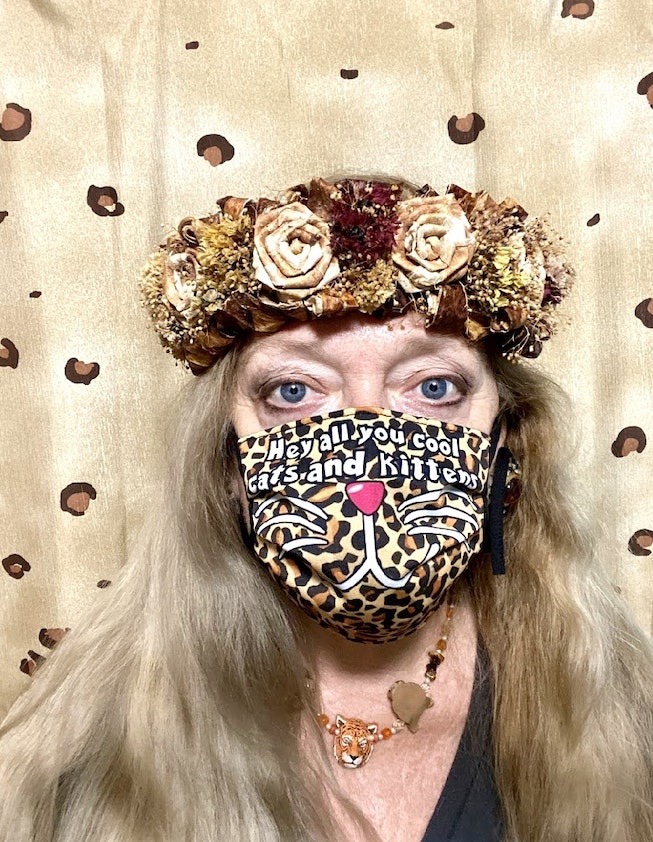 Carole Baskin is back in the news, and no, it’s not for (allegedly) killing her husband. The Tiger King star and Big Cat Rescue founder is making her own cloth face masks.

The two masks, which retail for $11 each, come in leopard print or black with white cat whiskers. Both have the tagline "hey all you cool cats and kittens" written on them and are even modeled by Baskin herself. According to the description, a portion of the proceeds from the masks will go toward first responders and, yes, supporting big cats.

Baskin made her way into the modern zeitgeist for her role as Joe Exotic's nemesis in the Netflix docu-series Tiger King. Exotic is currently serving time in prison, in part for his plan to have Baskin murdered.

Baskin also became the subject of many internet memes — from TikTok to Saturday Night Live — for her role in Tiger King, where the disappearance of her second husband, Don Lewis, was heavily debated. Many viewers, along with a passionate Joe Exotic, believed that Baskin was responsible for the death of Lewis. The resulting internet uproar has caused Florida's Hillsborough County Sheriff to look back into the case.

That hasn't stopped Baskin from living her life, though, and shilling on-brand face masks.