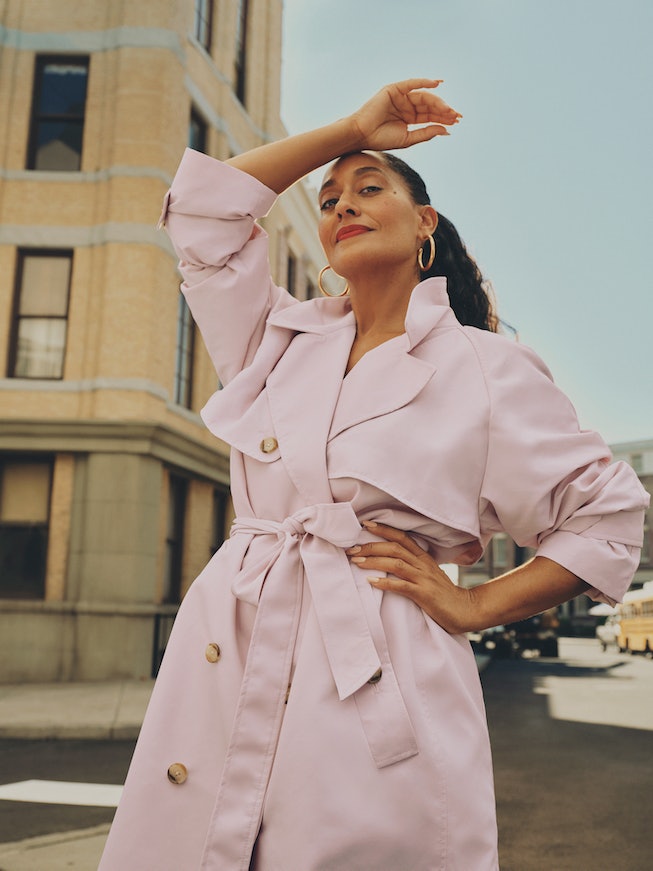 When we think of Tracee Ellis Ross, the word “icon” easily comes to mind. Aside from being one of the many successful children to Motown queen, Diana Ross, the award-winning actress, producer, and director, as well as CEO and founder of Pattern Beauty is truly doing it all — and looking ever so effortless while doing it. Now her style prowess is getting the fashion spotlight in J.Crew’s Fall 2021 campaign, which debuted earlier in September.

“I’ve been a J.Crew fan since college when I started shopping on my own,” Ross tells NYLON over the phone. “I just feel like they represent American heritage, classic style that I really love.”

The brand has always been one of those preppy-hip staples that really helped pivot mainstream American fashion in the early ‘80s, and J.Crew is aiming to bring that sense of tradition into 2021 with its latest release for fall. Not only is Ross starring as the face of the new campaign, the new offerings mark the first collection from Olympia Gayot, J.Crew’s new Executive Vice President of Women’s Design.

J.Crew has all of your fall fashion staples with an updated twist. While the season is typically a time to reintroduce more dark and moody colors into your wardrobe, the brand opted for the opposite with bright-hued slips and pastel-colored sweaters.

“I’m really obsessed with that Alps Puffer Jacket, the softest puffer I’ve ever had on in my life!” says Ross on her favorite pieces from J.Crew. “[It] would be great as a travel item, and a chic jacket [in general]. We put a belt over it, which I thought was fantastic and gave it a little fashion pizzazz. [I also loved] the slip dress! That color was so beautiful; it’s like a mustardy, golden yellow, and we paired it with that really beautiful pink cashmere sweater.”

Dubbed “Make a Scene,” J.Crew’s Fall 2021 campaign and collection is all about showing up in your best — but, more importantly, as your best. “There is just something really fun and wonderful about the idea of making an entrance or a statement with being out in the world in a joyful way,” explains Ross. “I feel like it is kind of perfect for the moment and really works with the clothing, which is all about making a scene with being yourself.” And who better to do that, than Ms. Ross herself?

Not only is Ross applauded for her fashion sense, she does it while being her most authentic self. Although she says she is still on the fence with the whole idea of her being named a style icon. “I still think it’s funny to even say that about yourself,” she shares with a laugh. “[But] the thing about J.Crew clothes [is that] they feel good on your body and they make your body feel good. It’s so easy to put an outfit together ... because you just feel like your best self as opposed to being something that you’re not.”

In just under a minute, the campaign video takes us backstage to see Ross walk through a montage of scenes on a typical Hollywood studio set. From a bright chartreuse slit dress to a beige oversized corduroy pantsuit, Ross shows exactly how to “mark your mark” or “make a scene” — and in comfort, too. Ross and the rest of the campaign stars are seen wearing studded clogs and lace-up ankle boots as their go-to fall footwear.

The J.Crew Fall 2021 collection is now available in stores and online at JCrew.com. Below, take a closer look at Ross in the very fun “Make A Scene” campaign.