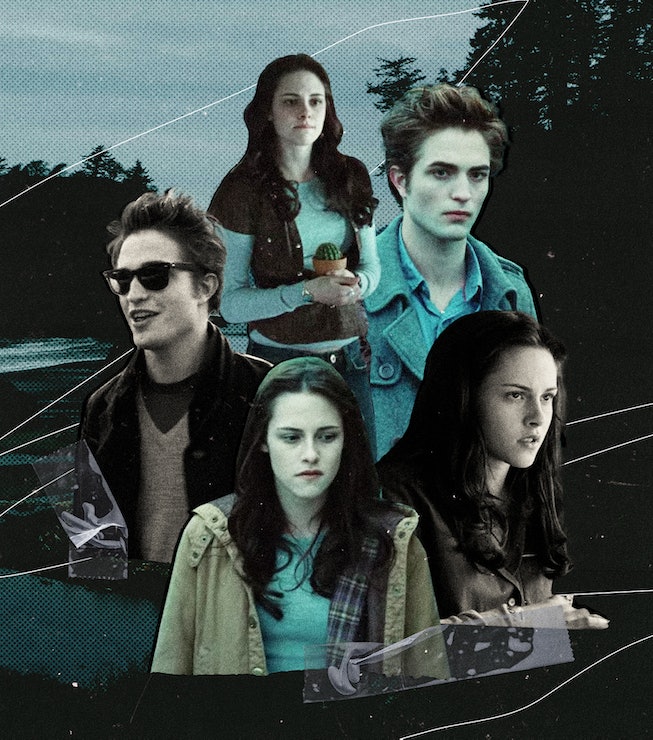 Vampires have always been the most stylish and sexy of supernatural creatures. Whether they’re dressed in capes, corsets, velvet, leather, lace, or some combination of those things, onscreen vampires are known to project an image of gothic swagger. In the years after Buffy the Vampire Slayer freshened up the vampire trope by exploring the inherent tension between sunny ’90s California vibes and the eternal allure of the undead, a new, far less self-aware take on teens and vampires captured hearts and defined a generation. That film, of course, is Twilight.

The Twilight Saga, with its four books and five films, was, like it or not, the defining vampire phenomenon of the 2000s, and more than 10 years after the first film was released, Edward Cullen and Bella Swan still have a hold on pop culture. Robert Pattinson and Kristen Stewart may act in a lot of highbrow films now, but we should never forget their perfectly moody and millennial Twilight looks.

While the vampiric romantic drama of Twilight is over the top, the fashion is meant to be approachable. Stewart’s pouting, slouchy demeanor pairs perfectly with the emo fashion that was practically a requirement for angsty girls back in 2008. Her character isn’t meant to be a fashion plate but a lovelorn teen that the audience can relate to. Her emotions are far more extravagant than her wardrobe. The Twilight Saga has often been dismissed for its lack of subtlety, and its (largely female) fanbase has been derided for romanticizing something seemingly trashy and simplistic. Twilight may not be the most artful film ever made, but there’s something to be said for the way it appealingly brings vampire style down to earth.

Bella isn’t the corseted damsel in distress of so many classic vampire stories. Rather, she wears henley shirts, low-rise jeans, and sneakers. Her outfits reflect the atmospheric dreariness of the Pacific Northwest surroundings, and their largely neutral tones let the film’s distinctive greenish-bluish color palette take the aesthetic reins. She often wears layers, including short- sleeved shirts over long-sleeved shirts, a pairing that feels like a throwback to the grunge looks of the ’90s.

Layers are both a practical and emotional choice. She can keep warm on perpetually foggy, rainy days, but her layers also give her something additional to fidget with and neatly represent her layers as a person. It’s a cheesy but effective visual metaphor. Under Bella’s shirt there’s another shirt, and underneath her quiet exterior beats a wild heart. Bella’s clothes are a way for her to hide, and unlike in so many teen movies and shows since, her low-key looks actually feel accessible to the teen audience.

The same is basically true of Edward. He dresses without any of the fetishistic flourishes of the typical sexy vampire. Instead of a velvet cape, he wears a tailored peacoat. Edward’s style doesn’t scream vampire but instead suggests he’s just more put together and sophisticated than the average high school boy (which makes sense given that he’s really more than a hundred years old).

The fantasy of Twilight has never really been about fashion. It’s all about big, messy, swooning, melodramatic feelings, and simple costuming with mildly alternative flourishes never distracts from this emotional core. Turns out falling in love with a vampire is so crazy you can wear the basics and still be swept off your feet.