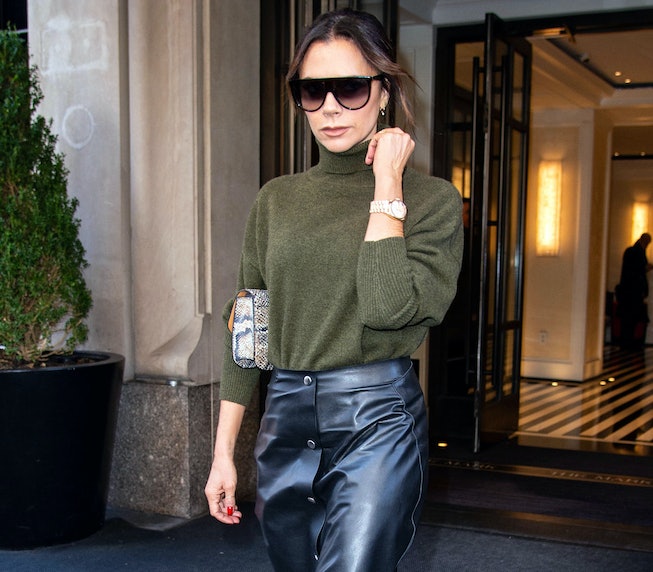 The world may never get to witness Victoria Beckham wearing a pair of Crocs, but that won’t stop Justin Bieber from trying. Beckham recently shared that Bieber had gifted her his latest Drew House collab, a pair of lavender Crocs. After polling her followers to see if she should wear them (57 percent said no), she provided her own thoughts on the shoes.

“I think I’d rather die, but thank you anyway!”

Beckham may come to regret those words. According to CNBC, 2020 was a record-breaking year for the foam clog brand, which enjoyed a 64-percent revenue jump from $281.2 million to $460.1 million. Bieber’s second collab with Crocs, which launched in March, sold out in under an hour. Plus, Gen-Z fashion influencers, including Emma Chamberlain and Ella Emhoff, have also come to embrace the Croc, as have streetwear enthusiasts.

“Our clog serves as a blank canvas that can fuel the latest trends or conversations,” Crocs senior VP of global product and marketing, Michelle Poole, told Highsnobiety. “This is why we think we’re becoming more relevant in the streetwear space.”

Then there is the high-fashion angle. Christopher Kane and Balenciaga have previously teamed up with Crocs to offer their own interpretation of the clog, while Kanye West’s Yeezy Foam Runner seemed to be somewhat to wholly inspired by the shoe.

All of that being said, I await the Victoria Beckham x Crocs collab with great enthusiasm.