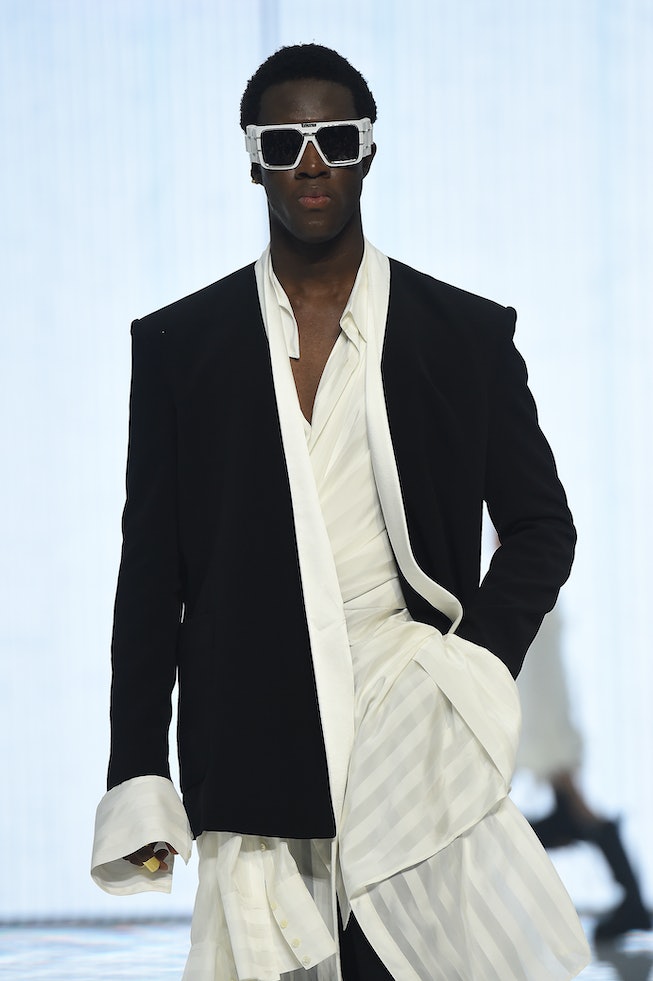 TikTok’s crossover into fashion is still happening and it’s going strong: Wisdom Kaye, better known as @wisdm8 on TikTok, just made his runway debut for Balmain’s Spring 2022 show at Paris Fashion Week on Wednesday, Sept. 29. Highsnobiety initially announced the news ahead of the French fashion house’s show, and the 20-year-old strutted down the catwalk wearing a black-and-white ensemble, paired with futuristic sunglasses.

Within the past two years, social media’s best-dressed guy has become recognized on TikTok for his fashion-forward styling videos, amassing nearly 7 million followers and counting on the app alone. Known for experimenting with fun silhouettes and reimagining menswear looks, Kaye is able to derive outfit inspiration from just about anything, like anime characters and movies, and turn it into engaging sartorial content. Shortly after the rise of his Tiktok fame, Kaye signed with modeling agency IMG back in August 2020, and it was only a matter of time until he officially made his first-ever appearance on the runway.

In recent years and especially since the start of the COVID-19 pandemic, TikTok influencers are slowly but surely making their way from our phone screens to fashion week’s front row and now, its most coveted catwalks. With TikTok dominating the social media sphere with its short-form videos, now reporting over 1 billion active users as of Monday, Sept. 27, there’s no denying that Gen-Z content creators are swapping out Instagram for TikTok. Because of this, the fashion industry has quickly hopped on the trend of opting for internet stars, and the platform’s biggest influencers are taking over the industry by storm in just a short span of two years.

See more of Wisdom Kaye’s runway debut for the Balmain Spring 2022 show, below.