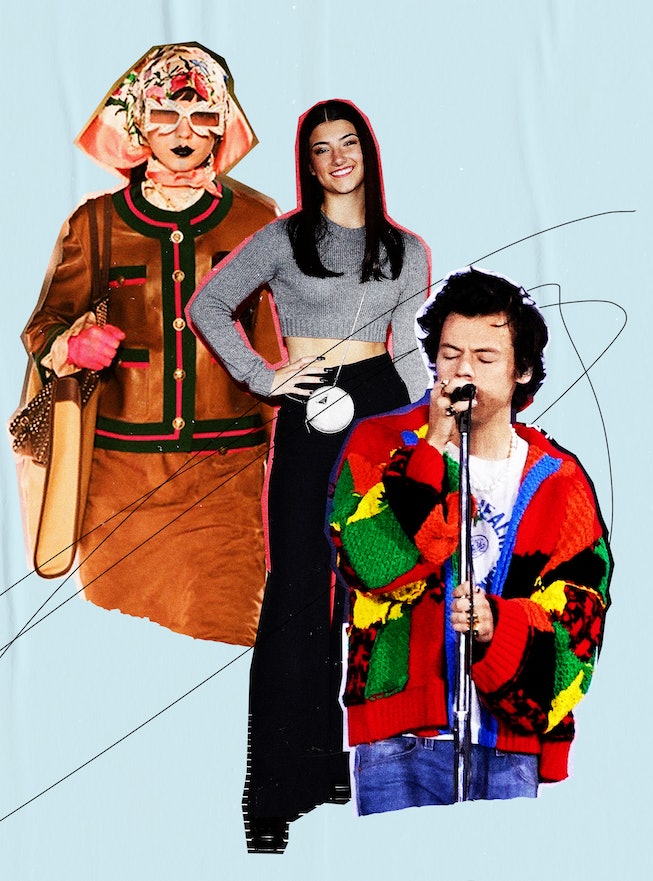 With new digital platforms surfacing and evolving over the past few decades — Facebook, Twitter, YouTube, and Tumblr in the early aughts, followed by Instagram, Snapchat, Vine, and so on — the relationship between social media and fashion has expanded rapidly, becoming so tightly wound that they cannot be separated. While Instagram has dominated the fashion world more than any other digital platform, becoming a linchpin for an industry that once relied solely on glossies through the 2010s, TikTok is now giving the app a run for its money.

From creating viral style trends and providing plenty of For You page-worthy fashion content to bringing on a whole new crew of beloved Gen Z influencers, the short-form video app has taken the fashion world by storm in the blink of just one year. Ahead, we take a look at how it all happened through 2020, and what’s next.

Instagram began as a revolutionary photo-sharing app, giving everyone a free space for creativity and self-expression and allowing them to share their inner world with followers. Content creators of all varieties were able to reach a global audience that once was unthinkable, while diverse micro-communities flourished. It didn’t take long for the fashion world to catch on, and Instagram birthed a new reality (and lucrative market) where influencers reigned supreme and fashion magazines fell by the wayside. The more the platform grew, so, too, did its relationship with the fashion industry.

Now, 10 years later, with a steady stream of ads and sponsored posts, plus the ability to buy items directly from the platform itself, Instagram’s initial usage has become more diluted and its growth has been declining. Why? In the process of finding more ways to expand and monetize its platform, the app has lost much of the authenticity and richness that once made it so great. With a growing desire for limitless self-expression, young people have gravitated toward digitally congregating someplace new. Enter video-sharing app TikTok.

The Rise Of TikTok

Launched in 2016, TikTok has become a shiny blank canvas where everyone can take their content to the next level using special effects, like text, music, filters, and video editing. The short-form, easy-to-use format has caught on quickly with users, from dancers to independent fashion designers joining in on the fun. Though, it wasn’t really until 2019 that TikTok started to gain mass appeal, thanks in part to e-girls and VSCO girls who created their own modes of dress and behavior. The platform continues to churn out niche fashion subcultures — cottagecore, #WitchTok, alt girls, fem boys, and dark academia — driving culture forward in new, unexpected directions.

Play, according to Carrera Kurnik, culture editor at Fashion Snoops, is the key word here. The beauty of TikTok is that there is no pressure to conform to just one style — teens are trying them all out. “Adherence to one aesthetic as access and acceptance into a subcultural group is no longer foundational,” she says. “These kids play around with identity and explore the many facets of their aesthetic imaginations.”

“At the start of the year, TikTok was very much a space dominated by the youth, but as lockdown commenced and people were stuck at home looking for new (and safe) ways to keep entertained, busy, and happy during a time of collective trauma and grief, TikTok became an outlet of catharsis for the masses, across all demographics,” says Cassandra Napoli, a strategist at WGSN. The trend forecaster says TikTok has become a “library of creativity” with something for everyone, helping to reintroduce “moments of serendipitous discovery” back into people’s lives from the moment they open the app, thanks to TikTok’s mysterious yet largely engaging algorithm.

“Fashion trends on TikTok are maximalist, playful, and character-driven, taking inspiration from TV shows, movies, games, books, and cartoons,” Kurnik says. The quick-bite format allows Gen Z to experiment more with style and identity, trying on different aesthetics from one upload to the next while giving us a glimpse into the bedrooms of creatives from all around the world. “You see them dancing to their favorite songs, and playing with their identity through clothing and makeup.” Kurnik believes that in a year without much street style or red carpet events due to COVID-19, TikTok has become the cyber street and the digital meeting place for stylish people.

Many of the fashion subcultures born on TikTok come from our unyielding interest in fashion of the past, with the app giving users a place to make older aesthetics their own. “A lot of this stems from nostalgia — a longing for simpler times, for freedom (pre-pandemic and from the pressures of adulthood) and for periods of time and platforms [young people] didn’t get to experience themselves, with Gen Z often recycling millennial aesthetics from the early 2000s through a TikTok lens,” Napoli says. This also plays into the connection between nostalgia and escapism says Shanu Walpita, a trend forecaster behind consultancy Futurewise Studio. “As we navigate COVID-19 and the periphery of its impact — recession, anxiety, uncertainty, etc. — we're leaning into the things we can relate to and that provide a moment of escapism,” Walpita explains.

Fashion And TikTok Link And Build

A handful of brands have jumped on the TikTok bandwagon. One prime example is London-based JW Anderson. “JW Anderson witnessed the explosive passion young creators have for DIY when one of its sweaters, initially worn by Harry Styles earlier in 2020, became one of the biggest fashion moments to hit the platform this year,” Napoli says. “This was a moment marked by unexpected virality.”

Indeed, as TikTokers attempted to replicate their own crocheted versions of the high-end patchwork cardigan, the brand itself contributed to the online trend by offering the knitting pattern to be downloaded for free on its site. As a result, viral fashion challenges, such as How to Look Like a Gucci Model or customizing a pair of Nike Air Force 1s, have become a mainstay of the platform.

In September, the platform launched the first #TikTokFashionMonth, which included runway shows from the likes of Louis Vuitton Men’s, Saint Laurent, and Prada, who invited most-followed TikToker Charli D’Amelio to its Fall 2020 show in Milan back in February. “Next season, I’d like to see fashion houses create original fashion challenges on TikTok and make original audio clips that other users can then play with and add on to,” Kurnik says. From her perspective, TikTok is all about being authentic, collaborating and building community, as opposed to polished content. “I'm excited to see how high fashion houses will invite young fashion lovers on TikTok into the collaboration process in the future.”

TikTokers Are The Next Fashion Influencers

TikTokers are quickly becoming the next big fashion influencers. In December 2019, Noen Eubanks was cast in a campaign for Celine, and Hedi Slimane turned to TikTokers for design inspiration for Spring 2021. While D'Amelio attended the Prada show in early 2020, her sister, Dixie, virtually attended the Chanel Spring 2021 show in October. (Plus, Avani Gregg virtually attended the Louis Vuitton Spring 2021 show.) Addison Rae got an American Eagle campaign in July, followed by a Skims one-year anniversary campaign in September, and the D’Amelio sisters also snagged their own deal with Hollister.

Wisdom Kaye, better known as @wisdm8, has become recognized on TikTok for his outfit videos and shopping savvy. He joined the platform in January, has acquired close to 5 million followers, and got signed to major modeling agency IMG in August.

“A lot of the most successful TikTok stars have really achieved mass fame at a rapid pace and are taken quite seriously as the talent of tomorrow,” says Napoli. “Just look to the fact that most TikTokers have only been on the social media scene for a short while and have already been cast in major entertainment projects.” In fact, Addison Rae recently landed her first-ever acting gig, a starring role in the She’s All That reboot.

What To Expect From TikTok And Fashion In 2021

Interest in TikTok shows no sign of slowing down, particularly among the young users, says Napoli, citing a recent report in which the app was named the second-most popular platform for the youth age group. “Heading into 2021, fashion brands should consider developing a proper TikTok strategy, but also be nimble enough to react to unexpected viral moments,” she advises. In the not-so-distant future, Napoli even expects TikTokers to create their own fashion brands, which happens to be already underway: Loren Grey, the fourth-most followed influencer on the app, recently launched her jewelry line, &always.

As more popular users on the app garner more fashion cred, the industry and TikTok’s future will inevitably lead to increased monetization of the platform with shopping features and buy-now functionality, Kurnik says. “Although, TikTok [and brands] will need to be careful that they don't alienate their highly skeptical and advertisement-wary Gen Z audience,” she adds.

NEXT UP
The Art Issue 2022
True Life: My Partner Is Obsessed With NFTs
Culture
An Exhaustive Breakdown Of The Balenciaga Controversy
Culture
Mowalola Teams Up With Bratz For A Daring, High Fashion Collection
Fashion
Reformation & Canada Goose Team Up To Warm You Up