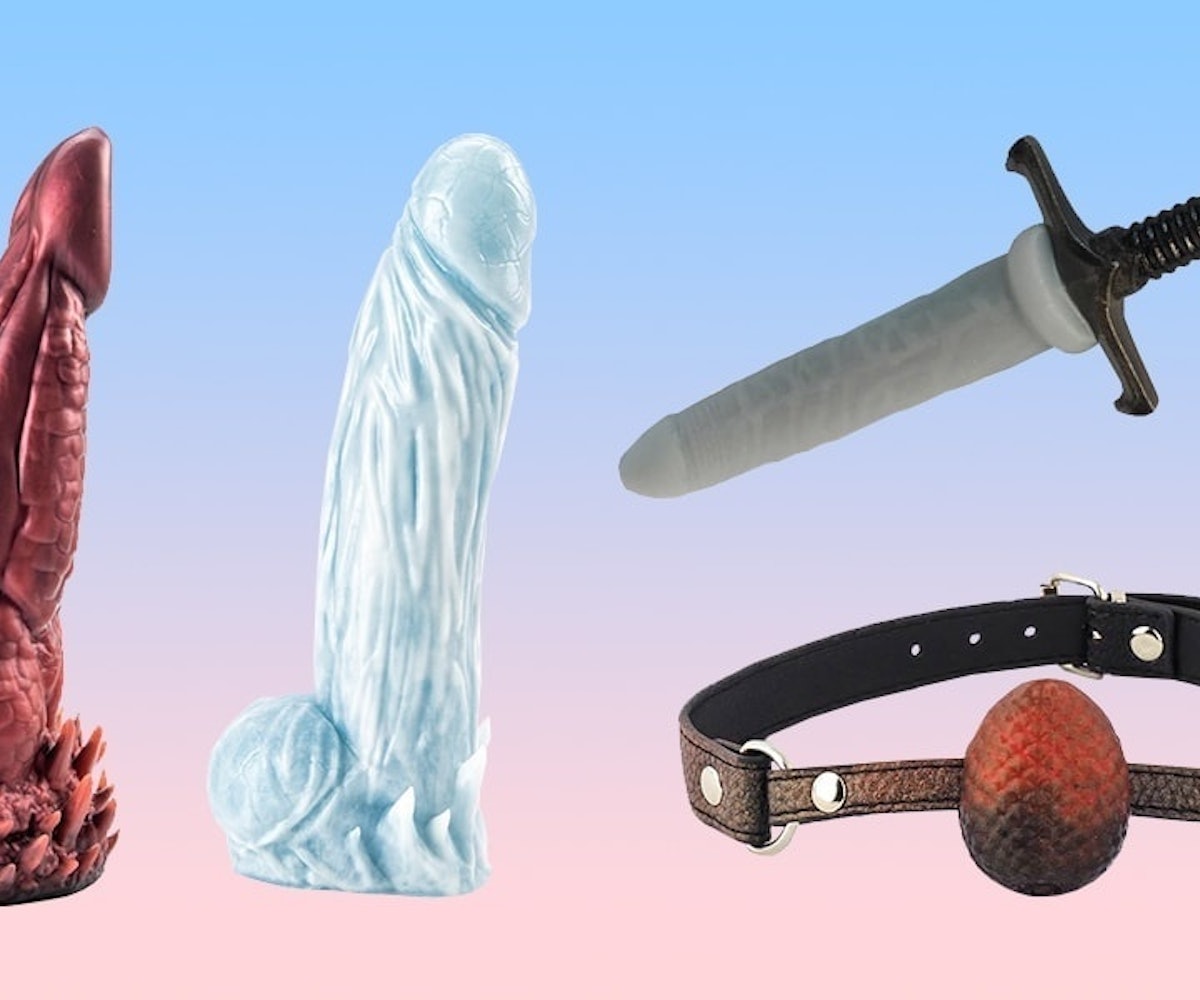 Rather than sticking the Night King with the pointy end, you can stick the Night Kink somewhere else. You won't have any trouble seeing this weapon in the dark, either—it literally glows—so no need to have Melisandre spark your fire. For fans of Jon Snow's Longclaw, there's Game of Moans Long Shaft that comes with his signature Direwolf pommel.

Take a look at the options from Geeky Sex Toys, below.