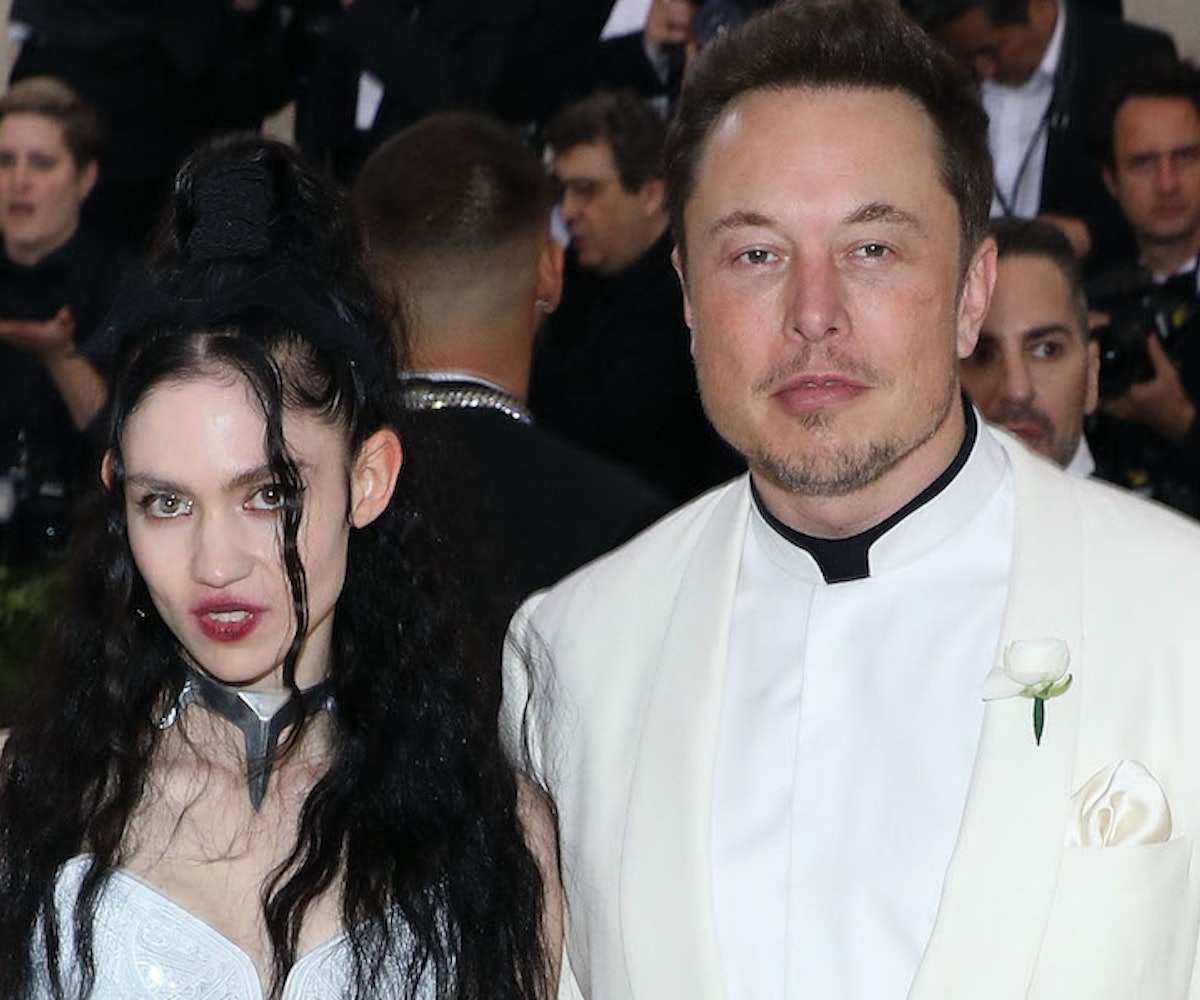 Grimes knows that she alienated some of her fans by dating eccentric tech billionaire Elon Musk. "I was hard, hard, hard, left before," she confesses in a new cover story with Rolling Stone. "I still actually sort of am, but there's the obvious dissonance of my boyfriend. And I think this is the crux of most of the rage." The rage she's referring to is obvious if you've logged onto the internet at any point in the past two years. Grimes has been subjected to intense vitriol from fans who felt betrayed by her romantic union with Musk, calling her a hypocrite for abandoning her leftist values. But for Grimes, dating Musk isn't a personal contradiction. She believes in her boyfriend so much, in fact, that she thinks Musk and progressive presidential hopeful Bernie Sanders are pretty similar in their goals to improve the world.

Grimes notes that she's supporting Sanders' bid for the presidency, but clearly isn't opposed to a technocratic future. "I just really, truly, utterly believe in sustainable energy and the electric future and making humanity a multiplanetary species," she says. "There are a lot of problems in the world that we need to solve. The government does not truly have the capacity to solve them. My boyfriend is actually doing it, tangibly, visibly — like, you just can't deny it."

She also states that Musk isn't like other billionaires, and that his work ethic sets him apart from others in his tax bracket who spend frivolously on yachts and other luxuries of wealth. "If someone's just gonna take everything and just put it into R&D to make the world better, and just get up at the fucking crack of dawn every day and go to bed really late every night, doesn't take vacations and just actually puts every single ounce of his energy in everything he cares about and all his money into making the world better? Like, I can make an exception. I admire it a lot. I think it's great. To me, it does not contradict my beliefs."

NEXT UP
Life
Fever Ray Throws A Spooky & Sexy Office Party In "What They Call Us" Video
Life
Read An Exclusive Excerpt From I’ve Had To Think Up A Way To Survive: On Trauma, Persistence, and Dolly Parton
Life
On Repeat: Vaquera’s Away Collaboration Is Brought To You By Britney Spears B-Sides
Life
All About The Age Of Aquarius