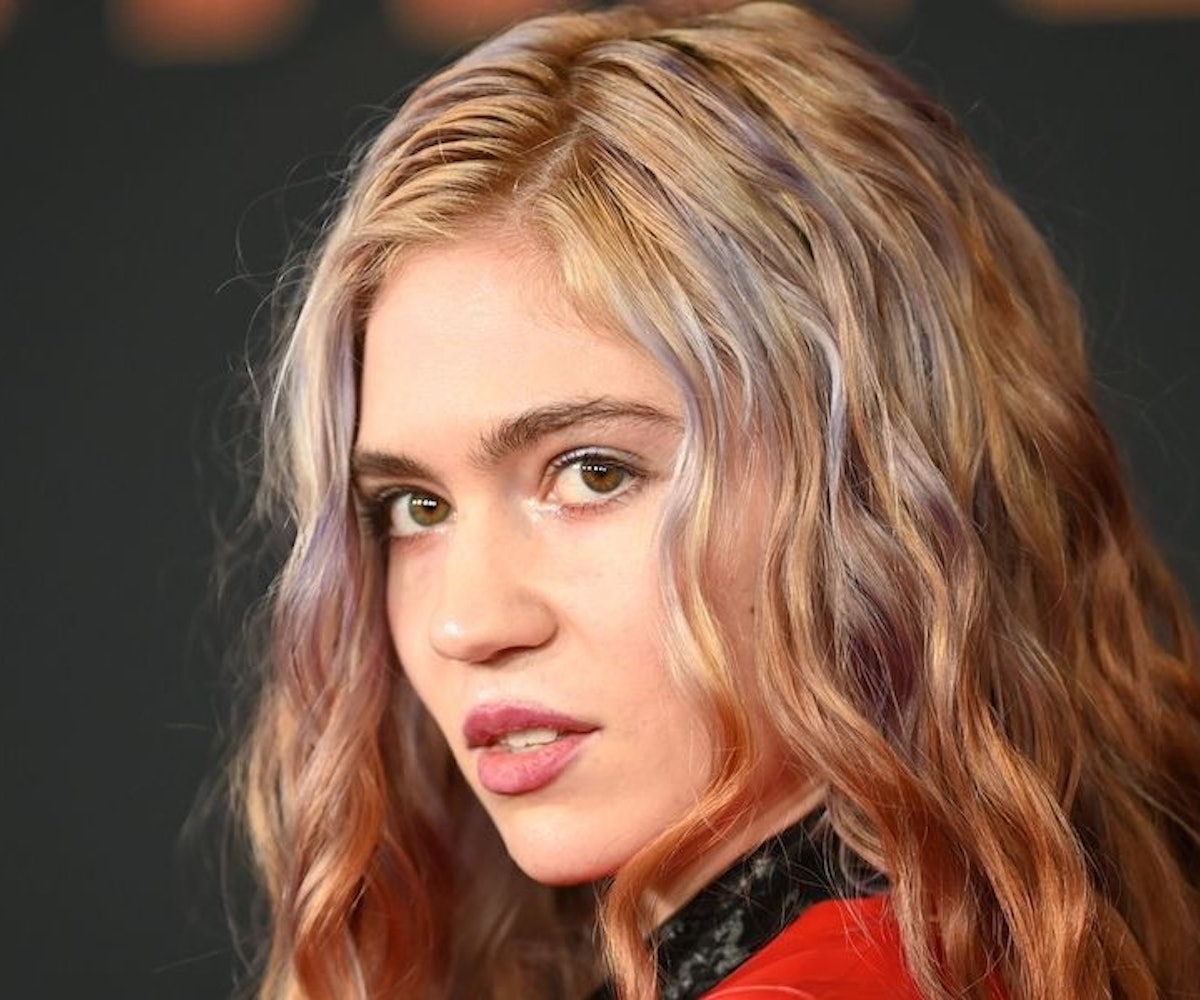 Grimes fans can have a little Twitter question and answer session, as a treat. After releasing her highly-anticipated fifth studio album Miss_Anthropocene today, the pop star hopped on Twitter for a quirky and candid Q&A round. Turns out, if you can look past that small part where she redefined pop music as we know it, Grimes is pretty damn relatable. She fears death, considers Bella Hadid and Kim Kardashian as style icons, and thinks Spanish Flamenco singer Rosalía is "one of the greatest ever." Stars — they're just like us!

Real Grimes scholars know that the singer caught heat back in 2018 for removing "anti-imperialist" from her Twitter biography upon revealing that she was dating Tesla founder and tech billionaire Elon Musk. Today, she set the record straight, writing "Don't do it !" when asked about her thoughts on imperialism. Take that, trolls.

Not only is Grimes one of pop's finest musicians, she also supports others within the genre. Dua Lipa? Grimes thinks she's fantastic. Would she ever collaborate with Lady Gaga? "If she'd have me," she said. "ps her new album is FUCKING good." She even listened her top three Taylor Swift songs: "Hmmmmmm all of RED," which is, objectively, a great answer. Outside of pop music, she's also totally down with the suffering artist archetype. "I think it's romantic and entertaining and either yields amazing art or bad art imbued with laughable pathos," she explained.

The #AskGrimes hashtag even spanned profound questions concerning existence like, "Is the soul eternal?" to which Grimes simply said, "Fuck." She even got tender and personal, confessing to being nervous about her new venture into motherhood and wanting her future child to "decide their fate and identity." Speaking of motherhood, she plans to use her maternity leave to get back to her roots: playing video games and streaming on Twitch.