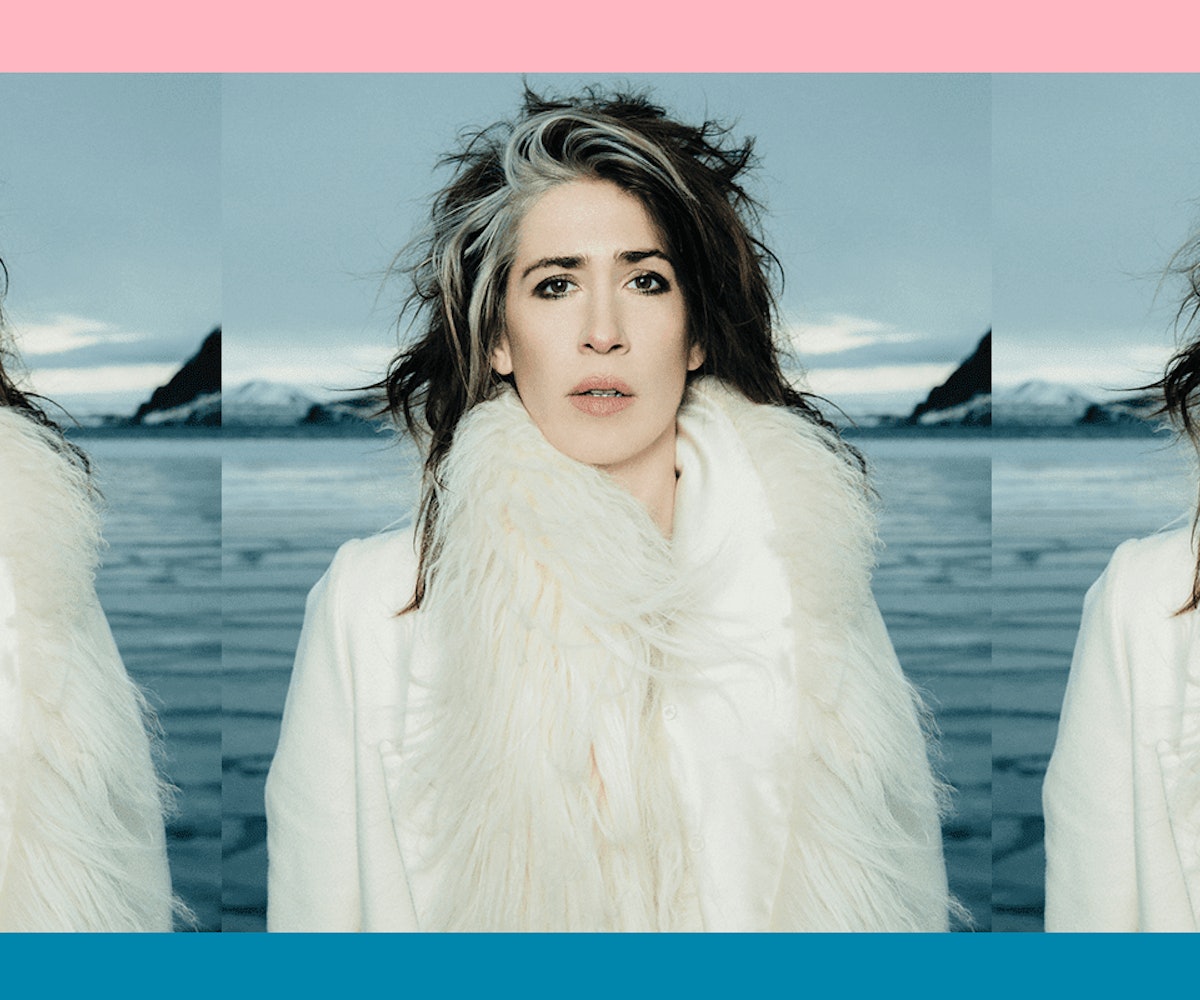 Imogen Heap wants to flatten the playing field of the music industry—and every other industry, for that matter. Besides being on the forefront of so many aspects of musical creation—from producing hit records, to releasing evergreen hits of her own, to engineering her MI.MU gloves, to scoring Harry Potter & The Cursed Child, and beyond—Heap has set out to ensure money reaches the hands that it is meant to, quickly and inexpensively, and in the process revolutionize the way artists and audiences connect.

When I sat down with Heap earlier this year, she explained to me that this problem was born out of the shift to digital music. Physical releases came packaged up with legal info and artist credit all in one, and the recording industry didn't know how to imitate that same package deal for a digital song.

With digital releases, "it costs 200 times more to make the payment than the amount that ends up in your pocket." Heap tells me. "The music industry has reached a point where the bigger labels and collections just can't deal with their own data sets. They have to build these very expensive-to-keep-up databases of their own to keep them comprehensive and true," compiling artists and contributors to each release, none of which they are sharing publicly, "whereas that could just be dealt with by everyone together."

So why hasn't the music industry figured this out for themselves, and made data-keeping a more communicative process? Heap says that it's not that they're unaware of the issue, but that there are more pressing matters at hand, like lawsuits that present a dire need to be handled immediately, whereas this other problem is much more vast. "They're basically firefighting all the time," and it's in part because they haven't caught their technology up with the speed of creation. The troubleshooting is often a direct result of "trying to get money from places." And as people go unpaid and uncredited, it becomes a much bigger issue than just that of the music industry. "It's everybody's problem," Heap says.

This is where Heap's work with the Creative Passport comes in. Essentially, Creative Passport is like a comprehensive, creative-oriented LinkedIn that would provide an opportunity to cut out the middle man, and be a digital liaison between all aspects of the industry, directing and ensuring proper payment using blockchain technology. When a profit is made by a song, the Creative Passport would make it so that payment was made to "everyone that's linked to the song," she explains. "That can be the manager, the label, the performers, the dog, whoever," she laughs. "The song distributes the payment out." It's all a bit overwhelming—but she breaks it down to me through the example of a single song, ready for release. "You would have to register a song, connect all the other creative passport holders [who worked on it], verify it, and off it goes," released into the world, to all streaming platforms you choose.

"You don't go through multiple sites," she explains, like listing the song on Spotify, SoundCloud, or Apple Music separately, "You're just like, Here's all the data, and whoever's service decides to use it, it just happens." With this initial data input, the song "gets put up into this data set, into this amazing, beautiful library of works. It's got all the payment information, all the biographical information, all the song information, gear information, all the clothes I was wearing in the video. Anything you could think of." The data input that would usually take an entire week is now narrowed down to a single-time entry and linked to the creative product wherever it goes from there.

Heap explains Creative Passport as "a total representation" of yourself online, or, "your basic core data for you as a creative person, and a space that you own." It's more for the little guy than it is for the mega pop stars; and instead of thinking of it as an entire unit, think of it as individual actions. "The musician should have their space, that belongs to them, that's autonomous from anything else as a representation of the core of your creative digital self—and that this can then, on your behalf, be working and interfacing with machines and people and companies, giving them what they need all the time so that you can be free to make more music."

Did I learn a new song on guitar last week? I could add that to my skill set library; maybe someone will be looking for this in a project and hire me. Did I play trumpet on my friend's song? I could be connected to that song, as a creator, so that instead of having to insist on credit each time it is picked up by another outlet, or perhaps featured in a commercial, I'm automatically paid for that small part, because I am linked to the song itself as a unit.

When thinking of these connections, think about verifying a skill on LinkedIn. Individuals with Creative Passports can act as "trust anchors" to each other, connecting via QR-like code to verify that you and another creative know each other, but further, give opportunity to cosign that someone did this thing on your song, or has this specific ability that they can use.

And it works, in a bigger way, with all digital industries. Instead of me, a writer, going to a band's Facebook page, searching for a publicist's email and then sending out a slew of questions for a story I'm researching or to set up an interview, the Creative Passport would offer a better source for me. "Say you wanted to find out my latest biography," Heap suggests, "it's on a hard drive somewhere, or an iCloud, so why not have it accessible," rather than having to jump through email hoops to have information that isn't exactly classified. Similar to things like Tidal and Spotify, rather than having fan-generated bios, this would be a source to pull from that would ensure the most up-to-date, factual information about an artist.

It can offer a way for marginalized artists, who perhaps are unequally represented by record labels, public relations firms, et cetera, to be readily available online for media coverage and for hire. If I wanted to feature more women of color in a particular genre or who make art about a specific topic (I do), I'd be able to find them and their art, because, rather than having to dig through biased roundups and curated playlists, the database of Creative Passports is a level playing field. Additionally, if Heap wanted to find backup singers who have sang her song—whether it be in a personal cover on YouTube, or in a choir performance, or even more professionally—to join her on stage at a particular tour stop, she could find them via their connection to the song.

But how will this technology take off? With artist collective

, Heap is bringing the Creative Passport on tour to a series of cities to teach artists about this new technology, and get them involved with it. The interconnected web of creatives will begin small, but hopefully spread, and with it, create a more sustainable ecosystem for artists to thrive within. Find out more about the Creative Passport and where you can interact with it