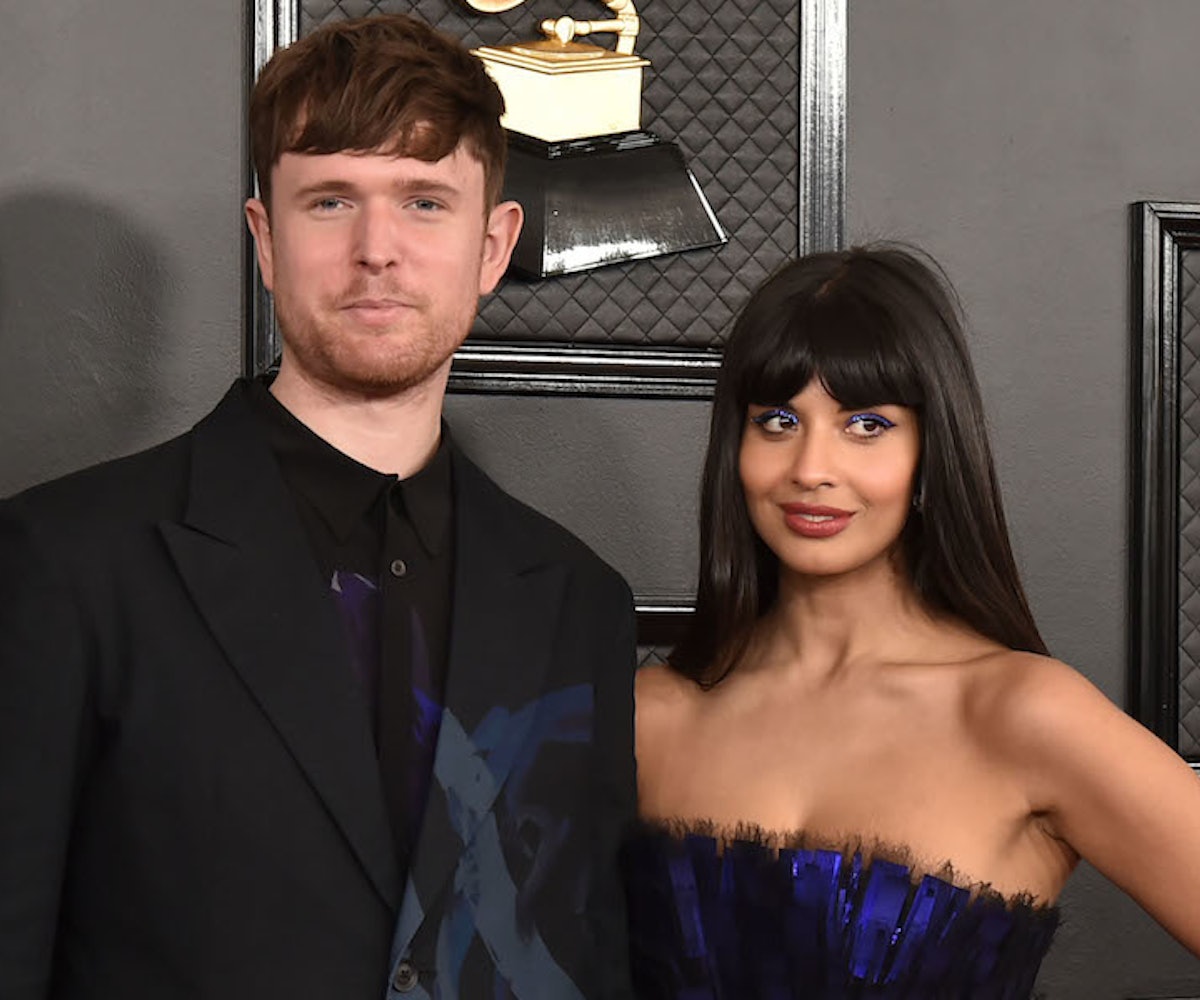 Actress Jameel Jamil has been bogged in yet another controversy, and longtime boyfriend singer-songwriter James Blake isn't having it. Blake spoke out in Jamil's defense, addressing circulating conspiracy theories that she suffers from Munchausen syndrome, a mental disorder that causes a healthy person to pretend they are ill.

The rumors started swirling after the actress posted a photo of peanut butter-filled pretzels on her Instagram story, despite being candid about suffering from a peanut allergy since birth. Writer Tracie Egan Morrissey, who had her suspicions about Jamil, caught wind of the discrepancy and has since begun compiling multiple instances in which Jamil has flipped back and forth on her alleged illnesses.

"It's pretty disgusting to watch the woman I love just be dog piled on every day for such ridiculous things," said Blake in a lengthy statement shared to Twitter. "She hasn't sold dangerous products to kids. She hasn't abused anyone. She hasn't funded anything dangerous or brought any deliberate harm to any marginalized group. She's just done her best as an ever learning human, as most of us are, to help other people with her privilege."

"I am there for her swollen joints, her dislocations, her severe allergic reactions, her constant high fevers," explained Blake. "I was there for her concussions, her three months of seizures when the doctor gave her the cancer diagnosis, and for all her operations and their complications due to EDS. I can feel the lumps in her back from the car accident and see all the scars. I am there when she turns down amazing job opportunities because of her health limitations. I actually live with her. Her being attractive, tall, and successful doesn't mean she hasn't been sick."

Jamil has suffered from a long list of medical afflictions including childhood deafness, mercury poisoning from dental fillings, Ehlers-Danlos syndrome, multiple cancer scares, a concussion "that caused atonal seizures," and broken bones from being hit by a car while trying to outrun a bee. Jamil states that her peanut allergy cleared up with age, but The Los Angeles Times reports that doctors say it is possible for people to grow out of peanut allergies.

"A lot of you literally think she's Tahani from The Good Place. You don't know what her life is, and has been life," continued Blake. "But I do, and I'm not gonna stand by and let some total strangers try to push my girlfriend over the edge to what… stop her from helping kids with eating disorders? Stop removing mainstream shame of talking about mental health? 'What are any of you even doing? And why are so many of you enjoying this? It's sick to watch, and I don't ever see men treated like this, the way we tear women limb from limb."

Blake admitted he would have spoken out sooner, but was asked by Jamil to refrain. The Munchausen controversy came immediately after Jamil was scrutinized as HBO's casting choice on a voguing competition show for its new streaming platform, HBO Max. After backlash that Jamil was straight and had no ties to ballroom culture, the actress came out as queer.

Jamil hasn't been silent. "First I'm lying about my sexuality, now I'm now being accused of munchausens?" she tweeted on Tuesday, proceeding to call Morrissey an "unhinged idiot."

"Not afraid of you or your dumb internet conspiracy theories. Keep them coming," she continued. "You just add to my relevance. I'm gonna keep helping people with eating disorders, and changing laws and global policies to protect kids and their mental health and there's NOTHING you can do about it."