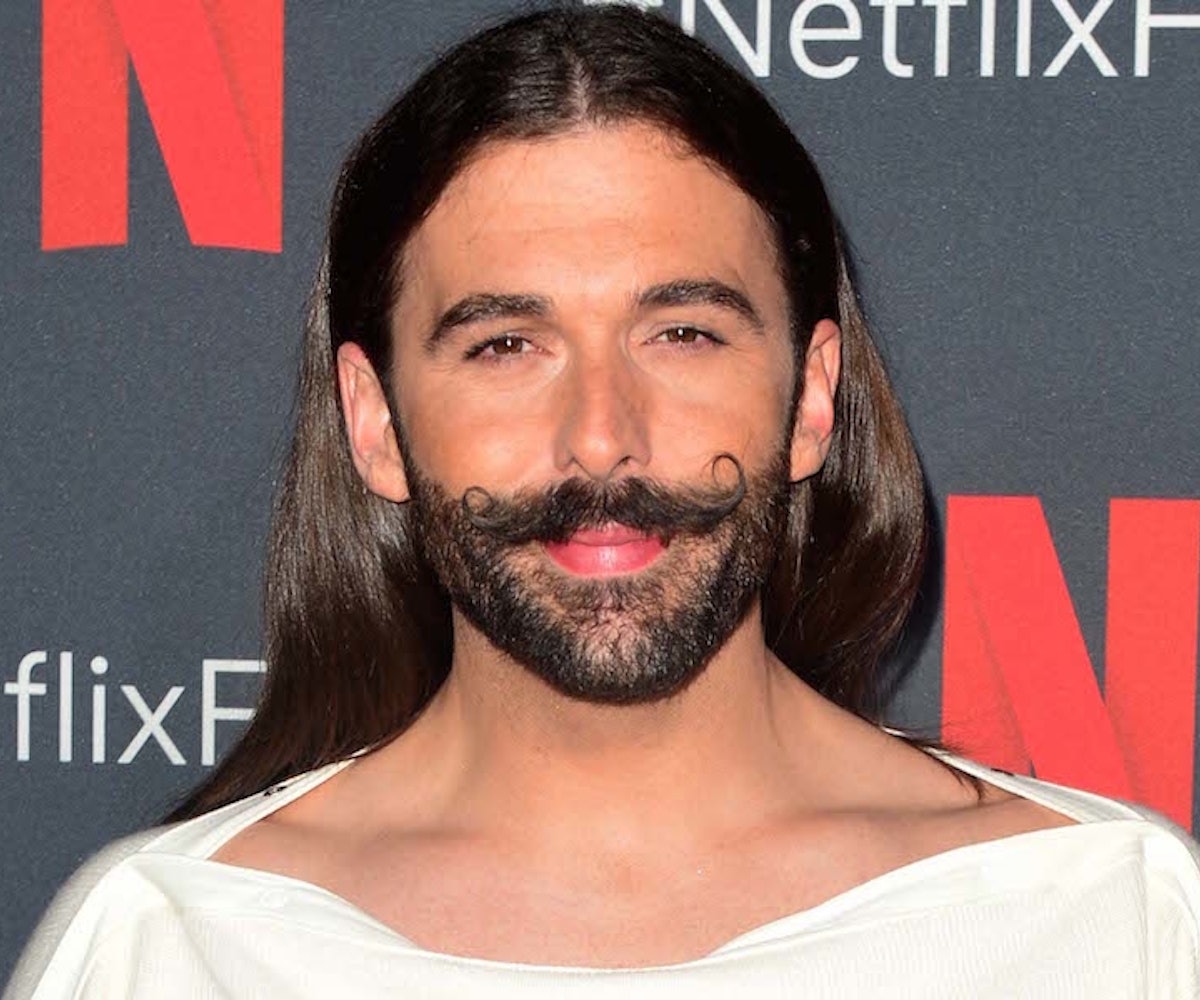 Queer Eye star Jonathan Van Ness has revealed in a new interview that he identifies as non-binary. In a conversation with Out, Van Ness discussed the topic of his gender identity on the set of the shoot for his new Essie partnership. Editor and interviewer Fran Tirado shares that Van Ness still "prefers he/him pronouns, but does not identify as a 'man.'"

"The older I get, the more I think that I'm nonbinary—I'm gender nonconforming," Van Ness told Out. "Like, some days I feel like a man, but then other days I feel like a woman. I don't really—I think my energies are really all over the place. Any opportunity I have to break down stereotypes of the binary, I am down for it, I'm here for it."

When talking about his iconic wardrobe (going from "croppy toppy" to sweatshirt and beyond), Van Ness returned to how it relates to his identity, "I just am either like gender-bendy or nonconform-y or nonbinary and somedays I feel like a boy and somedays I feel like a girl. I didn't think I was allowed to be nonconforming or genderqueer or nonbinary—I was just always like 'a gay man' because that's just the label I thought I had to be."

NEXT UP
Culture
6 Shows To Binge Once You've Finished 'The White Lotus'
Fashion
Jenna Ortega Is The Face Of Adidas’ Newest Line
Fashion
Collina Strada & Vans Team Up For A Chiller-Friendly Collection
Culture
Caroline Polachek In KNWLS & More Party Photos You Missed
Style + Culture, delivered straight to your inbox.