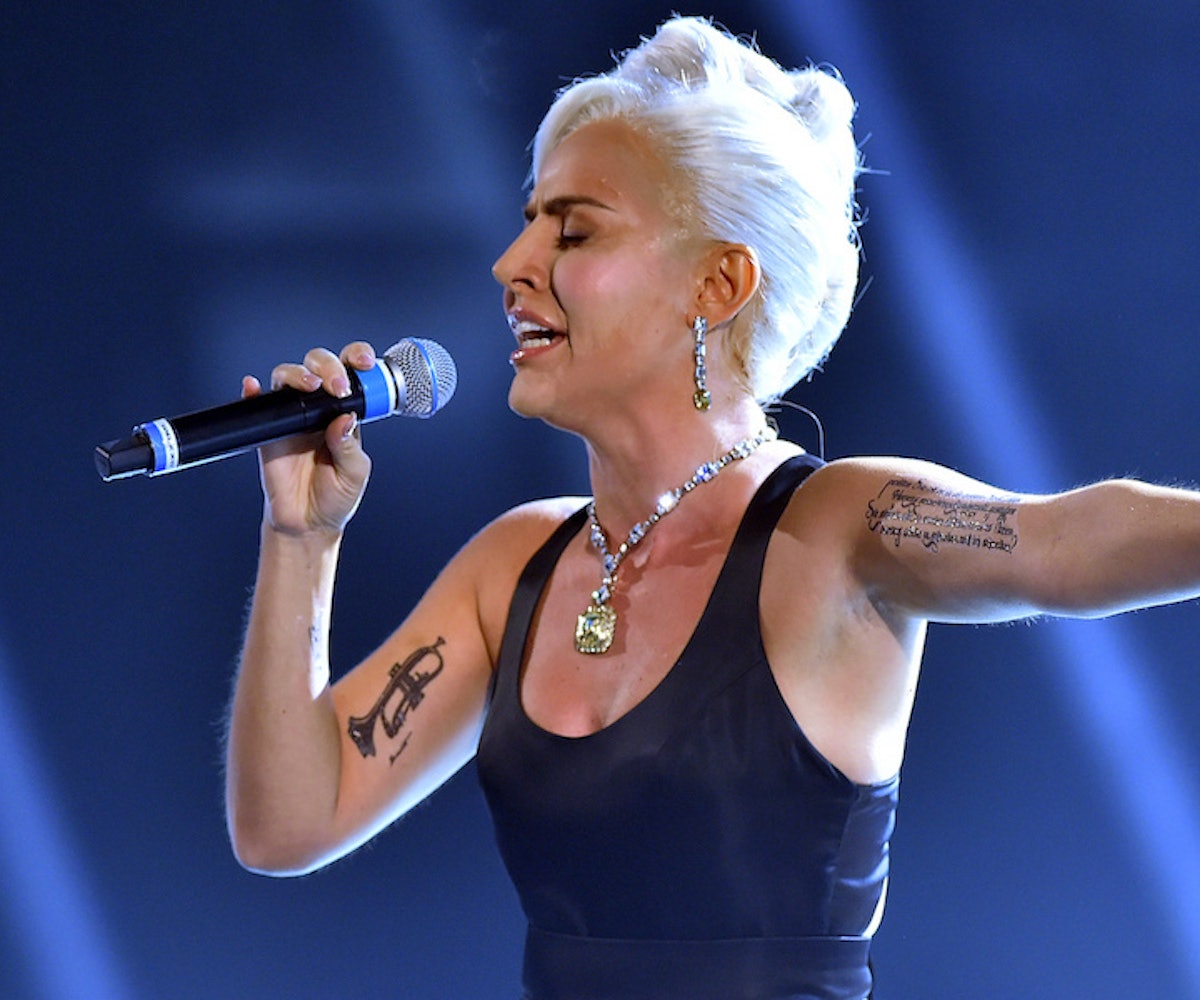 Last week, Lady Gaga got a whole host of Little Monsters to temporarily stop complaining about the delay to her highly anticipated sixth album Chromatica when she rebranded to bona fide humanitarian. Appearing in a World Health Organization media briefing on COVID-19, the ARTPOP-star announced that not only had she raised $35 million for the Solitary Response Fund, but she was also hard at work curating a benefit concert that she hoped would give viewers the chance to "sit back and enjoy the show that you all very much deserve" as we navigate the ongoing effects of this pandemic. At the time, the Oscar-winning singer offered a peak at who we could expect to see, and today, Global Citizen, who is partnering with Gaga and WHO to put on the concert, revealed the full lineup of guests, which just so happens to include an impressive number of A-List celebrities.

Hosted by the Holy Trinity of late-night television (Jimmy Fallon, Jimmy Kimmel, and Stephen Colbert), One World: Together At Home, as it's been named, will air on April 18th at 8:00pm ET, appearing on networks including ABC, NBC, CBS, and The CW, as well as several global channels.

Find the lineup posters for both parts below.