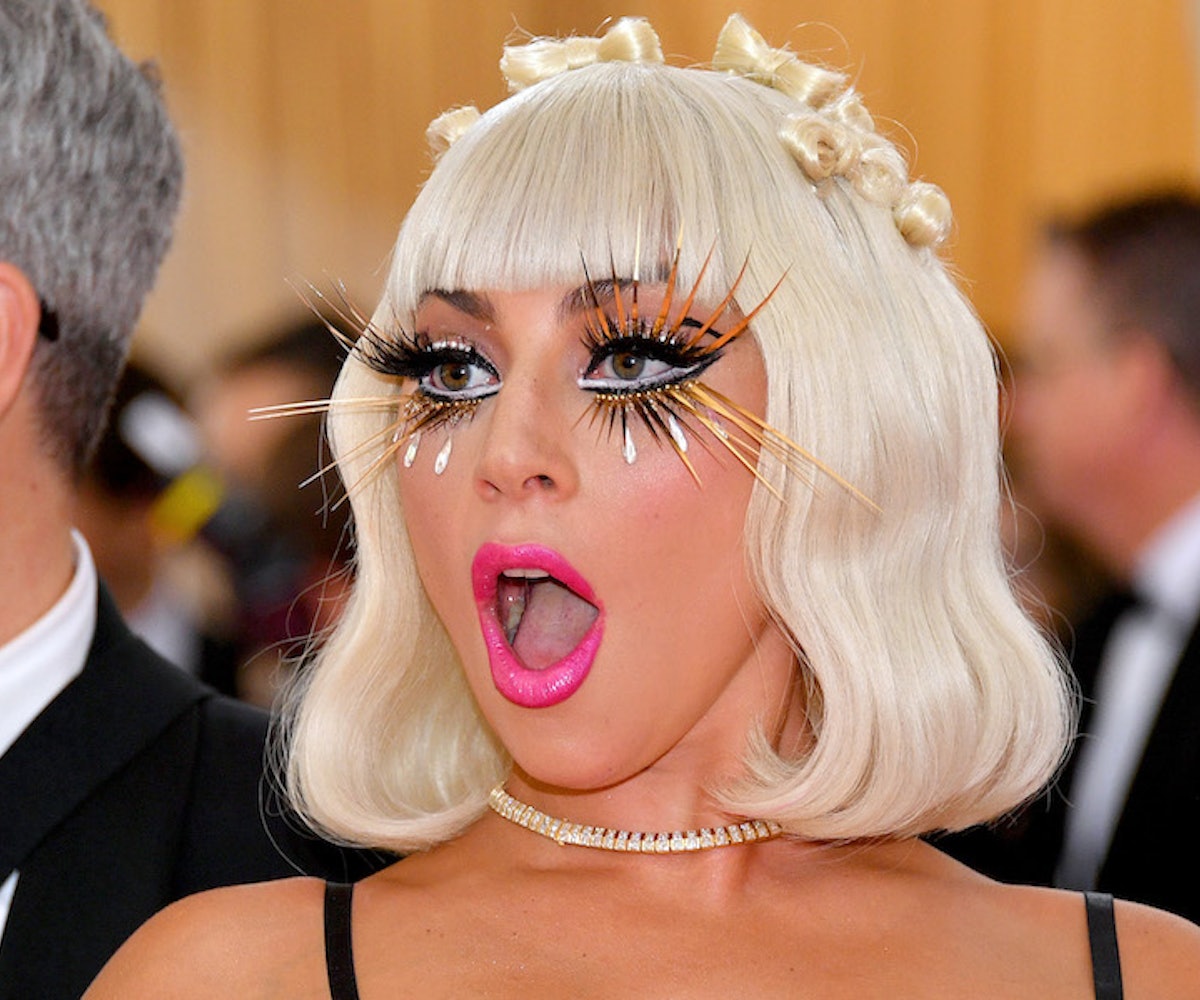 Right now, Lady Gaga is using her time, money, and influence to help in the crucial fight against the spread of coronavirus — raising upwards of $35 million for the World Health Organization's COVID-19 Solitary Response Fund and curating a benefit concert that will feature performances by the likes of Billie Eilish and Kacey Musgraves. But next year, it's quite possible that the Grammy-winning singer-cum-actress will be on set for another big Hollywood studio project. The Hollywood Reporter confirmed that the upcoming Gucci film, directed by Ridley Scott and starring Lady Gaga, has officially been acquired by MGM's new film chairman Michael De Luca.

First announced back in November of last year, the project, which will recount the murder of Guccio Gucci's grandson Maurizio Gucci, quickly drew up excitement when it was announced that Lady Gaga would star in the film as Mauricio's ex-wife Patrizia Reggiani, who was tried and convicted of hiring the gunman who assassinated him after finding out he had been having an affair. For those of us that fell in love with Gaga's Oscar-winning turn as aspiring pop star Ally in A Star Is Born, the news that she would not only be returning to Hollywood for another lead role, but doing so for a film entrenched in the Italian heritage she holds so near and dear to her heart was nothing short of exciting.

According to The Hollywood Reporter, MGM beat out heavy-hitting, deep-pocketed streamers like Netflix in the bidding war, most likely because the famed studio guaranteed a wide theatrical release for the film, something a director as established as Ridley Scott would certainly require. And with a November 2021 release date already set for the as-yet-filmed project, it's quite clear that the studio is already planning for the film to be a huge awards contender during the 2022 awards season. As De Luca said in a statement announcing the acquisition, "Nothing typifies bold, audacious originality more than a film by Ridley Scott. All of us at MGM are incredibly excited to be in business with Ridley, Giannina, Kevin and the whole team at Scott Free."

Could Lady Gaga's Oscar for Best Actress in a Leading Role be less than two years away?

Speaking on the acquisition, Ridley's wife Giannina Scott, who will produce with her husband through their Scott Free banner, said, "This project has long been a labor of love for both Ridley and me. The story is so epic, the stakes so high, and the characters so richly drawn that we were determined to get it to the big screen. To say we are thrilled to be teaming with Mike De Luca and his brilliant film group at MGM is an understatement. We can't wait to see this come to life next year."

And the feeling is certainly mutual. Let's just hope the movie theaters are opened back up by then.