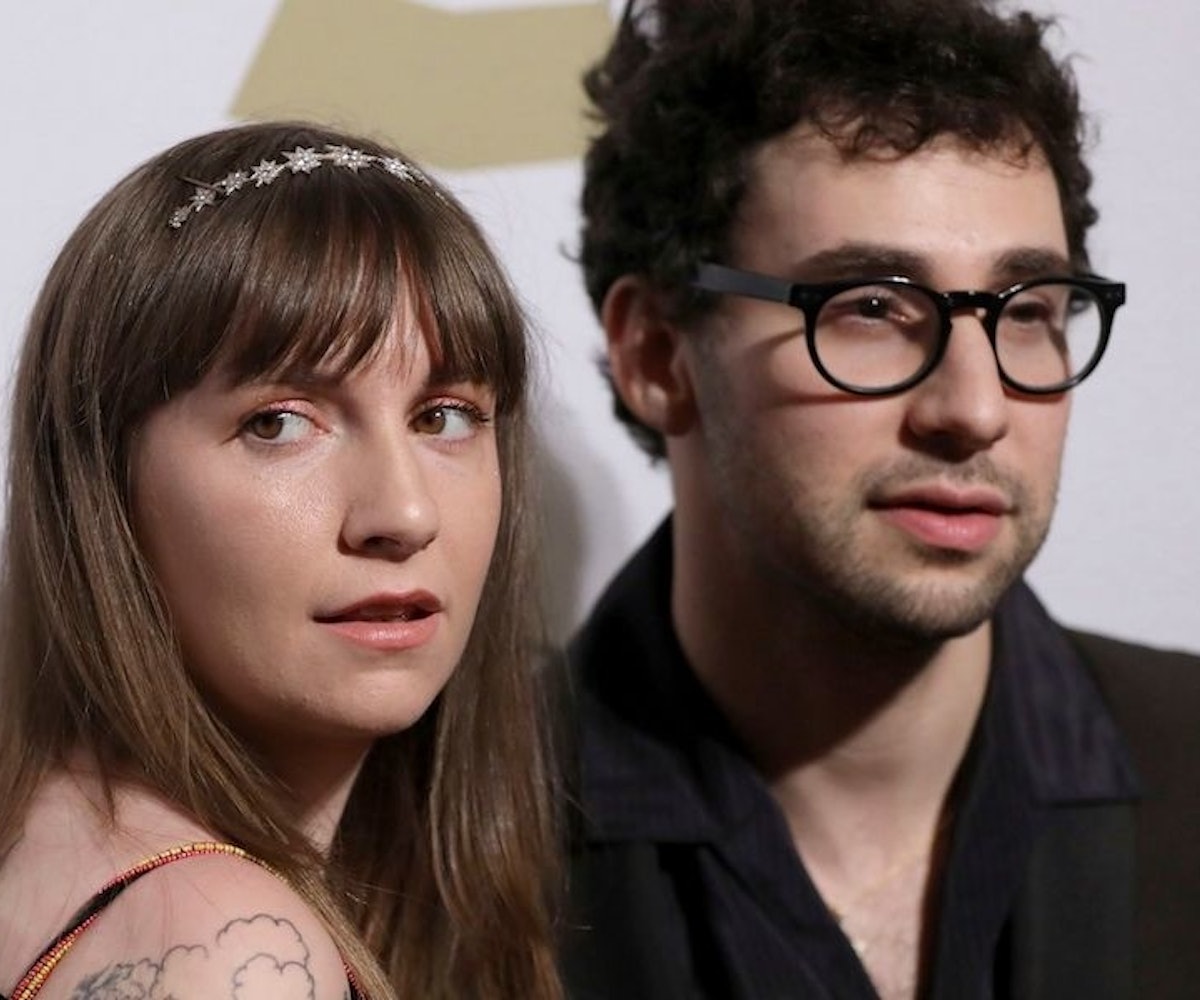 Lena Dunham served up the most glorious subtle burn to ex-boyfriend Jack Antonoff in a new essay written for Domino. Apparently, when it came to designing the apartment they would move into together while dating, the two didn't agree on anything. According to her, she likes bright colors and tchotchkes, and Antonoff "wanted a Restoration Hardware couch and a giant watch to hang on the wall." Ouch.

"My man was afraid of dust," Dunham wrote. "So we bid on an apartment that hadn't even been built yet, and I spent the year making obsessive scrapbooks just like my mother before me." She goes on to list all of her favorite additions to the apartment, including her "mother's Melmac dishes in queasy pastels" and art by Rob Pruitt and Ellen Berkenblit to hang on the walls. "And he hated it. He didn't want to hate it. He tried not to hate it," Dunham wrote. "But he didn't like living among the insides of my mind."

Dunham shares that she wanted to "give him the magic" of a decorated home, just as her mother did for her when she was younger, "but he wanted a Restoration Hardware couch and a giant watch to hang on the wall. I felt sick every time I made a design concession or covered up pink with dove gray. Love can only survive so much." Not bad taste, apparently.

The rest of the essay details Dunham's post-relationship crisis and becoming a grifter that "slept in my father's office between two filing cabinets and used a box of printer paper as my nightstand," until moving into an apartment of her own in Manhattan. Now, her solo home is filled with pillows that "bear embroidery of my cats" and color-coded books.