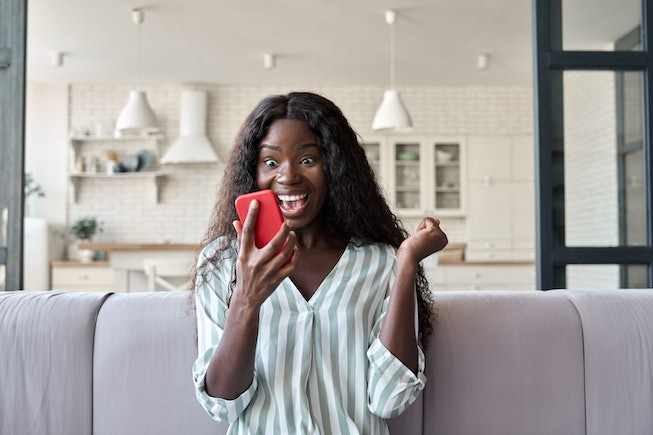 At this point in my life, I will do anything Paris Hilton tells me to do. Not only is Hilton a business mogul, an early NFT adopter, and bona fide cooking show star, she is an expert at harnessing the powers of manifestation. Nearly every day, Hilton tweets at 11:11, spreading the awareness of the twice-a-day opportunity we are all given to make wishes. Hilton believes in the power of 11:11 so much that it is the namesake of her media company, 11:11 Media.

It’s my favorite time of day,” she told The Wall Street Journal last year. “I love posting on Twitter at 11:11 to remind myself and my fans to ‘make a wish,’ keep taking risks and keep dreaming.”

Hilton’s obsession isn’t just celebrity antics: The power of 11/11 is rooted in numerology, a study where every number is given its own metaphysical meaning. This November 11, you too can harness the powers of manifestation, on a spiritually-charged day that is ripe for asking for what you want.

Read on for everything you need to know about getting the most out of 11/11, a day of cosmic goodness.

In numerology, the number 11 is considered to be spiritually significant due to the fact that it’s a “master number.” Most numbers get converted to single digit numbers, except for “master numbers,” like 11, 22, and 33. According to sagegoddess.com, in tarot, the number 1 corresponds with The Magician, which represents creation, beginnings, willpower, and leadership. On 11/11, The Magician’s power is magnetized fourfold. According to Hans Decoz of Numerology.com, “The number 11 represents instinct and is the most intuitive of all numbers. It is your connection to your subconscious, to gut feeling and knowledge without rationality.”

The best part about 11/11 is that the entire day is ripe for manifestation. To maximize its powers, we encourage you to manifest at 11:11am or pm — or both! — but the day itself carries significant weight on its own. Plan to set 11 minutes aside at 11:11 to put your dreams, wishes, and goals into the universe. If you’re not sure how to manifest, check out NYLON’s manifestion guide, which includes advice for manifesting your dream life, including the best times and places to manifest.

Is there anything notable about this particular 11/11

11/11 this year also falls into something called an “eclipse portal,” which, according to TikTok user @empowered_mindset, is going to signify some doors closing — but, he says, this could be a time of growth and expansion, as well as a time to think about what you want to make room for in your life. This comes just off the tail end of November’s total lunar eclipse in Taurus, also known as a Beaver Blood Moon eclipse, which brings an already wild year to a climax.

@empowered_mindset also offers advice for scripting, or “getting clear about what you want to experience and writing it out as if it has already happened.” Other methods of manifestation include visualization techniques and journaling.