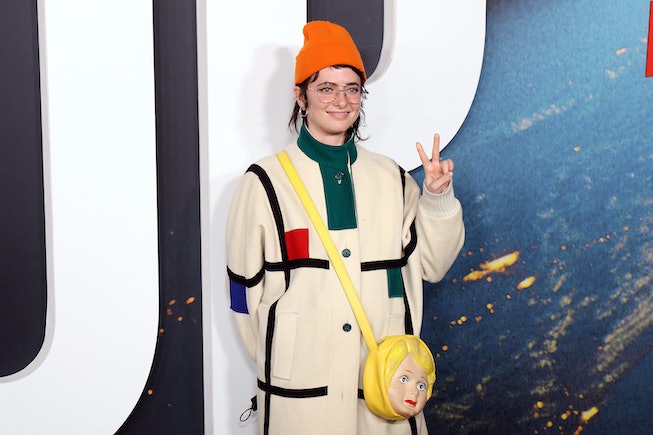 The Adam Sandler-Netflix machine keeps cranking: Sandler is set to bring You Are SO Not Invited to My Bat Mitzvah, a YA coming-of-age comedy to the streaming giant, with a cast that any 13-year-old would be so lucky to have grace their guest list.

Joining Sandler are legendary songstress Idina Menzel and SNL’s new favorite cast member Sarah Sherman — three actors who, in combination, will thrive in their penchant for absurdity and spectacle.

Sammi Cohen, who recently directed the queer high school love story Crush for Hulu, will direct the film, which is based on a 2005 novel of the same name by Fiona Rosenbloom. According to Collider, the book follows Stacy Friedman, a girl whose Bat Mitzvah plans — and the greatest party of her young life so far — start to comedically unravel. The chaos begins when Stacy sees her best friend, Lydia, kissing her crush, causing her, like the title suggests, to uninvite Lydia from the Bat Mitzvah. Tough! Like a nice Jewish girl, Stacy consults a Rabbi about what to do, who suggests she perform three good deeds before the party, which she clumsily tries to follow as she learns about what’s really important in life. We can only imagine the hilarity that will ensue!

Rounding out the cast is a collection of Sandlers, including Adam Sandlers’ daughters Sunny and Sadie Sandler and his wife Jackie, along with Luis Guzmán (Boogie Nights), Ido Mosseri (Sandy Wexler), Samantha Lorraine (The Walking Dead: World Beyond), and Dylan Hoffman (Next), among others.

If that doesn’t sound like enough of a hoot, the story is also set in the early 2000s: See references to Ashlee Simpson and flip phones. If there’s not a scene set to Ciara’s “1,2 Step,” I’m asking for my money back. If all goes well, there’s a sequel to You Are So Not Invited: We Are So Crashing Your Bar Mitzvah, which was published in 2007.

A Y2K-era bat mitzvah comedy starring NYLON It Girl Sarah Sherman? How long must we wait? Unfortunately, it’s not clear when the film is set to release. According to Production Weekly, filming starting in June in Toronto and Ontario and is expected to wrap in August. In the meantime you can watch Uncut Gems, again.