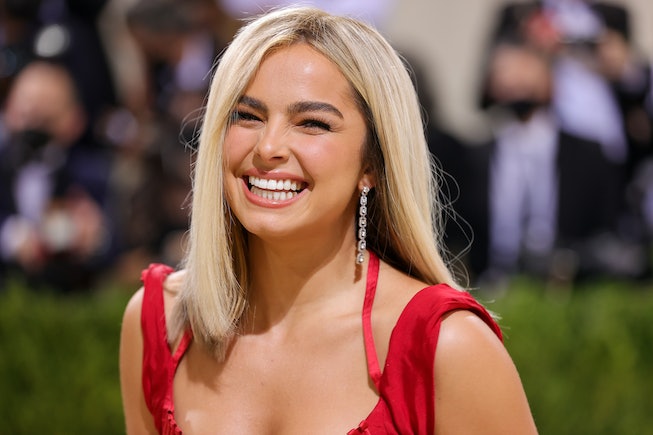 Addison Rae, one of TikTok’s smiliest breakthrough creators, revealed on Twitter on October 14 that she’s been permanently banned from the app.

Rae didn’t reveal the exact reason behind the ban, only posting a screenshot with the message “Your account was permanently banned due to multiple violations of our Community Guidelines,” while making a quip that it was “time to get a job.”

The last time Rae joked about employment was in early July 2021, when she tweeted about a new gig as a UFC correspondent. “I studied broadcast journalism in college for 3 whole months to prepare for this moment,” she wrote, only to be immediately inundated with attacks from salty journalists. It’s not Rae’s fault if full grown adults were tricked into the scam known as “journalism school” — know that! The reaction was swift and fierce, and Rae was ultimately let go from the correspondent position in less than 24 hours.

Of course, she’s not hurting from the dismissal or the apparent ban from TikTok. Rae has plenty of partnerships and other projects in the works, and most recently made her acting debut as the lead in the Netflix film He’s All That, a reboot of the 1999 teen comedy She’s All That, which also doubled as a very long commercial for every product imaginable. (I’m not even exaggerating, the film shamelessly shilled everything from Ilia Beauty makeup products to Pizza Hut, and beyond.) The streamer is betting on Rae and her hold on Gen Z, and signed the TikTok star to a multi-picture deal back in September 2021.

Rae’s TikTok account is still functioning at the time of writing, keeping her as one of the most popular creators on the app with 85 million followers. Rae’s bread and butter on TikTok is performing viral dances. The dancing caused yet another controversy for Rae when Jimmy Fallon invited her on The Tonight Show to perform the dances without crediting the Black creators behind the moves. Fallon quickly remedied this grievance, inviting the actual creators to come on the show, albeit over Zoom.

Violating TikTok's Community Guidelines comes in a number of forms, including violent extremism, hateful behavior, illegal activities, violent content, harassment, and adult nudity. Per TikTok, any of the aforementioned content will be removed, but a ban would mean that an account would have to partake in "severe or repeated violations." Anyway, all this is to say that Rae will most certainly be fine, whether or not she gets to broadcast quick popular dances on TikTok for the foreseeable future.