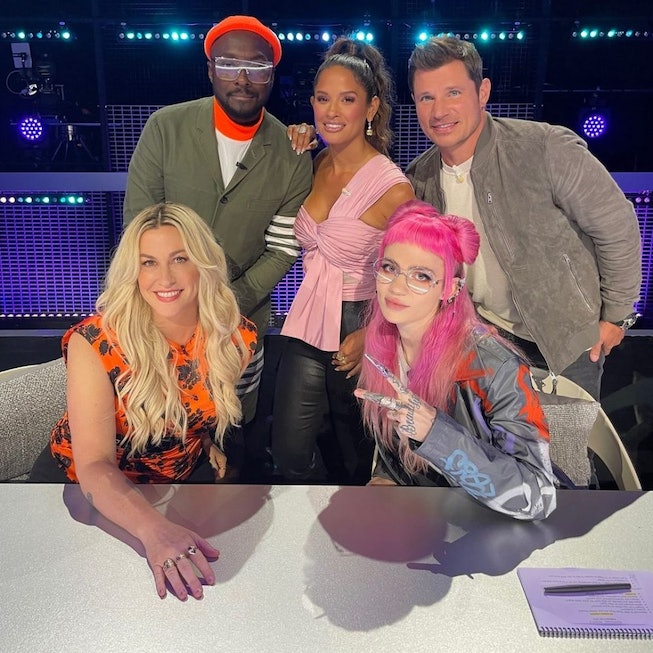 The days of singing competition shows being even remotely normal are long gone. Fox announced a new series in the same vein as The Masked Singer, but instead of identities being obscured via freaky animal costumes, contestants will perform as CGI avatars. Aptly titled Alter Ego, the new show also has a true motley crew of a judging panel: Grimes, Alanis Morissette, Nick Lachey, and will.i.am.

“Alter Ego merges talent and technology to revolutionize the singing competition show in only a way Fox can do,” says Rob Wade, Fox’s president of alternative entertainment and specials. “We are so excited to bring the fantastic will.i.am, Alanis, Grimes, Nick, and Rocsi together as they search for the next big singing star, allowing incredible vocalists a chance to realize their dreams and perform like never before.”

While Alter Ego seems like the perfect mix of tech dystopia and wholesome family fun, the concept of digital avatar pop stars is nothing new. The blueprint, the Japanese pop star avatar Hatsune Miku, has proven that an avatar has what it takes to be a renowned and beloved pop sensation; K-Pop group AESPA has taken it a step further by being the first girl group with their own AI avatars. Digitial influencer about town Lil Miquela has tried her hand at pop-stardom, and even Grimes has dabbled with digital avatars with the creation of her own, War Nymph. (It’s no surprise that Grimes signed on as a judge, could you imagine something more Grimes-core than this?)

The glacial but very real shift into digital avatars of course has a darker reality behind it. It’s not just to marvel at technological advancement! From an investment perspective, digital avatars are as enticing as it gets. A digital pop star comes with all the perks of a flesh and blood singer with none of the messy downsides; digital avatars won’t act out, get overworked, make political statements, grow old, get canceled, or partake in any of the messy financial risks humans are capable of making. The future is here, and it’s kind of a bummer!