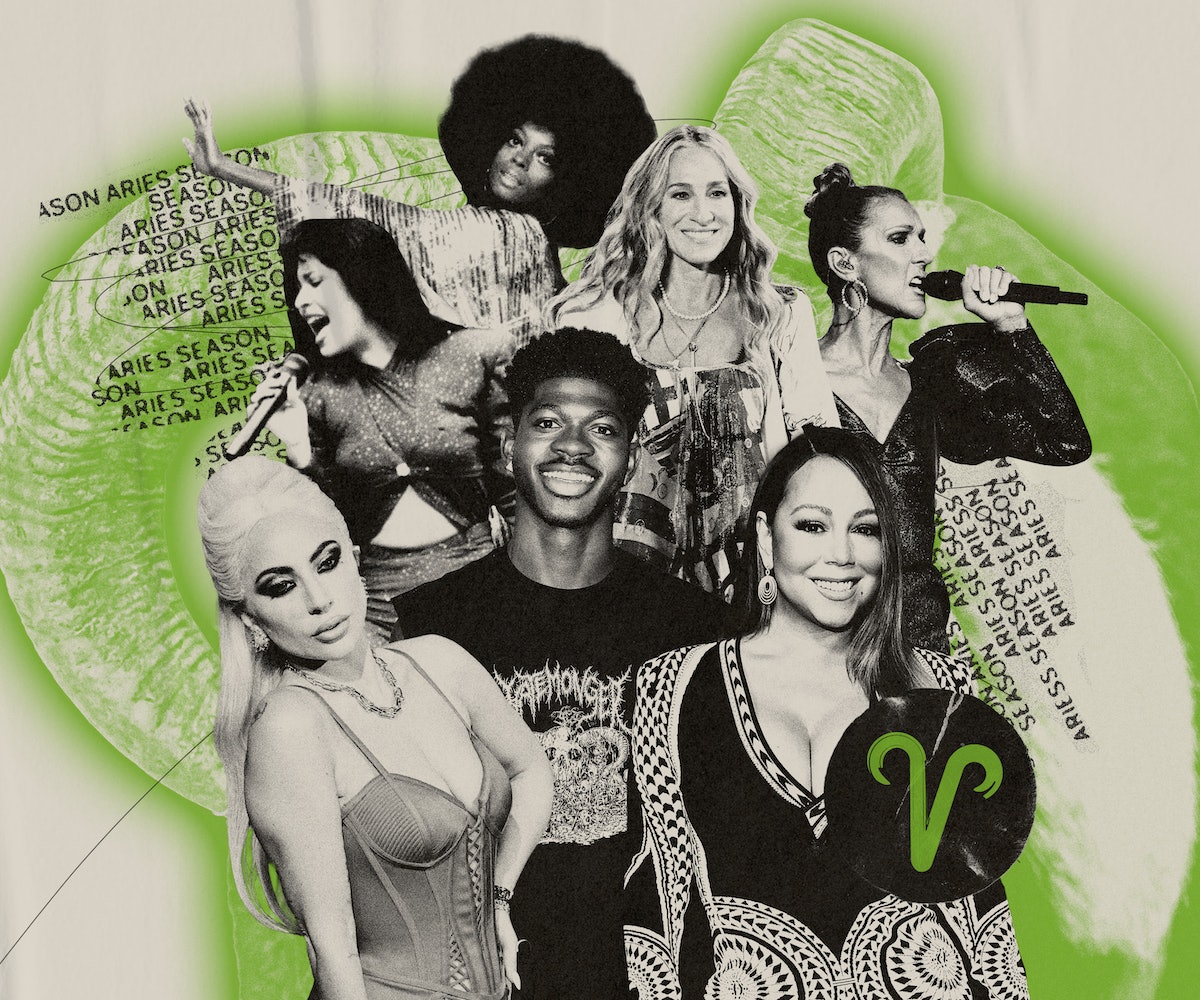 In the eleventh hour of a merciless culture war, a fried populace withers away from fear of contact, conflict, and friction. The intellectual discourse has stretched to its apogee, and left us all coping via drugs and desensitization. If there’s any hope for coming back to life, we need impact, sex and a little blood. Send us a hero or a villain, someone with the chutzpah to bust through the walls of cancellation. Deliver us an Aries.

The zodiac ends in the global seminar of Aquarius and prayer halls of Pisces, where grand ideas of human collectivity can be hashed out. The big-picture view of these signs can be critical for uniting the collective consciousness. But left unchecked, Aquarius becomes propaganda minister in a bureaucratic Twitter terror state, producing self-righteous idealists incapable of human empathy. Pisces, meanwhile, pushes us into the cult compound, promising one more hit to ease the pain. Enough is enough.

Armed with the ram’s horns and its own ideas, Aries bursts through the academic nonsense, and rearms the individual with their own sense of purpose. Ruled by Mars, avatar of war, sexuality, and ambition, the warrior children care not for how they should behave, based on assumed notions of people-pleasing. In Aries country, conflict is not abuse; it’s an invitation. In the words of the Aries Magneto Michael Fassbender, peace was never an option.

At the dawn of Aries season in 2021, just as we were tip-toeing out of isolation and towards the advent of vaccines, Lil Nas X dropped “Montero (Call Me By Your Name)", in which the stacked sex symbol rides a stripper pole from Eden to Hades, and performs a lap dance execution on Satan. Of course, the music video was a smash, as well as a welcome target for fire from the religious right. For those who Lil Nas X arouses, and those whom he disgusts, the reaction serves the same purpose: to remind us we still have blood coursing through our veins and desires to stir us out of bed.

It behooves Aries to act as the initiator, lightning rod, and catalyst for change. Every spring, the global Iranian community celebrates Nowruz, the new year, with a tradition of jumping over bonfires. It begins with a leap. Aries stands alone, and has from time immemorial: The launch of spring coincides with the Jewish holiday of Passover, which celebrates the exodus of the chosen people from enslavement in Pharaoh's Egypt; and the Muslim commemoration of Ramadan and the Laylat al-Qadr, when the prophet Mohammed recieved the Quran. This is the sign of the one, the protagonist, called forward with a mission, a destiny, a purpose. Pisces can indulge in the possibilities, and delusions, of dreams. But Aries is called forth in lightning and revelation, far from the convenient life they may have chosen. Everyone wants the starring role, but few can accept the consequences.

On Buffy the Vampire Slayer, the Aries Sarah Michelle Gellar embodies a valley girl with a destiny, marked at age 16 as the Chosen One, who must stand alone against the forces of darkness. Over seven seasons, Buffy reckons with a harsh reality: to claim this power, she can never be a normal girl again. The circumstances are the same for Claire Foy, playing the young Queen Elizabeth II on The Crown. On Sex & The City, Sarah Jessica Parker’s Carrie Bradshaw exists in contradiction: a free-spirited bon vivant who craves partnership above all else. But who would Carrie be, as the avatar for generations of single women, if she tucked in and settled down? If Big has to die via Peloton for Carrie to go at it alone again, so be it. To be the queen, the Slayer, or the only girl in New York, you can’t have it easy.

And that’s the ram’s worst secret. For all the ways they delight in controversy and confrontation, Aries would do anything to fit in. For a bite of mainstream Oscar approval, Lady Gaga will drop her outsider identity. Aries will do the grueling work, like Gaga's method acting on House of Gucci to the point of "psychological difficulty," especially when nobody asks them to. But there’s some dignity in the slog: Aries, unlike its polar opposite sign Libra, doesn’t resort to social climbing. At least they’ll sing for their supper. But couldn’t Gaga, so enamored of her gulag lifestyle, learn something from the Taurens Grace Jones and Adele, who can kick back for years and years between works? Aries wouldn’t know what to do if the marathon ended. What would they do with their lives? Knit?

The feuding rams Bette Davis and Joan Crawford were at their best playing rugged career women. In All About Eve and Mildred Pierce, Davis and Crawford respectively face off against younger women with no scruples for manipulating their way to the top. But Aries triumphs through endurance, not by playing games. Come for the crown of an Aries diva — Celine Dion, Elton John, Selena — and there will be one champion left standing. Just try killing Buffy at the end of a season. She always digs herself out of the grave.

Gellar is but one legend in the pantheon of Aries warrior women, who enjoyed a renaissance in the late ’90s. Head witch in charge Shannen Doherty ran Charmed in leather pants and a bandana top; on Alias, Jennifer Garner tore it in a different wig every week; and Lucy Lawless, as the star of Xena, Warrior Princess, embodied an archetype that dates from the Greek goddess Artemis and would stretch forward to the Aries Robin Wright, as the Amazon Antiope in 2017’s Wonder Woman.

With the god of war as their patron, Aries charges into battle at great risk. You can’t protect the rams in your life from defeat. What to the rest of us may appear to be a spectacular, insurmountable imbroglio, like, say, Mariah Carey releasing the Glitter soundtrack on September 11, 2001, is to Aries a lesson in failure, and a chance at revenge. The sign of the spring, rebirth, and renewal thrives with a chance at a comeback. By 2005, Carey had staged The Emancipation of Mimi, just as Downey Jr., once considered unhirable after years of insobriety, became the highest-paid actor in Hollywood by taking on a B-list Marvel character called Iron Man.

Like Downey Jr. as the emissary of Marvel, his ex Sarah Jessica Parker as the curator of Carrie Bradshaw’s New York, and Nancy Pelosi, like it or not, serving as the face of the Democratic Party, Aries naturally acts as steward, general and commander, taking the blame for defeat, and claiming the glory upon victory. Either fall in line, or stay out of their way. Nothing will stand in the way of Aries’ forward momentum. But if you choose to come along, you’re guaranteed the ride of your life.