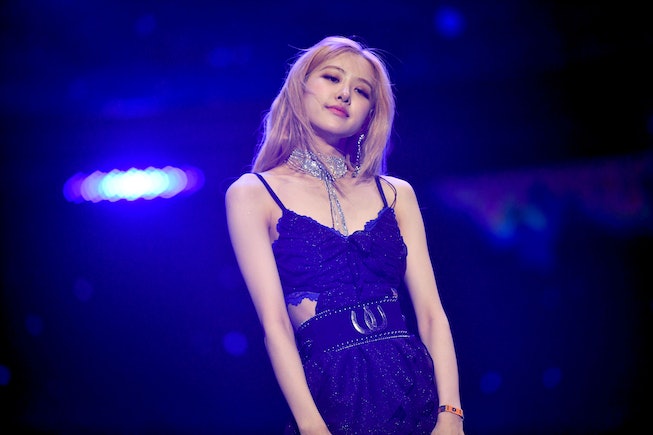 Performing a cover our ears certainly aren’t worthy of, Rosé of the k-pop megastar group BLACKPINK, performed a heavenly cover of goddess Alicia Keys’ “If I Ain’t Got You,” undoubtedly one of the greatest songs of the 2000s.

On Tuesday, July 27, the Korean-Australian singer performed the song on the South Korean variety TV show The Sea of Hope, next to the ocean and a glittering skyline in front of a live audience. She was joined by other K-Pop stars Onew of the four-piece group Shinee and Lee Suhyun of the sibling duo AKMU — who took turns singing verses, and whose stunning harmonies together could boost even the lowest of serotonin levels.

Rosé has been making several appearances on the show lately, covering Paramore’s “The Only Exception” and John Mayer’s “Slow Dancing in a Burning Room.” Mayer praised the rendition on Twitter as “gorgeous,” and then sent her a pink electric guitar as a thank you. Rosé posted the guitar on Instagram stories, writing “life is complete.” What’s more beautiful than mutual star appreciation?

Rosé also joined Onew again for a cover of Jason Mraz and Colbie Caillat’s duet “Lucky,” which we heard enough on MySpace to never hear again — but we’ll give Rosé and her golden pipes a pass.

Though Rosé has been generously doling out covers at the pace of Miley Cyrus, she’s also still coasting on the release of her two-track solo album R earlier this year — which sold over half a million copies in just one month, making her the first female Korean solo artist in 19 years to do so.

Watch Rosé, Onew, and Suhyun’s cover of Alicia Keys’ “If I Ain’t Got You” here:

Watch her and Onew’s cover of Jason Mraz and Colbie Caillat’s “Lucky” here: