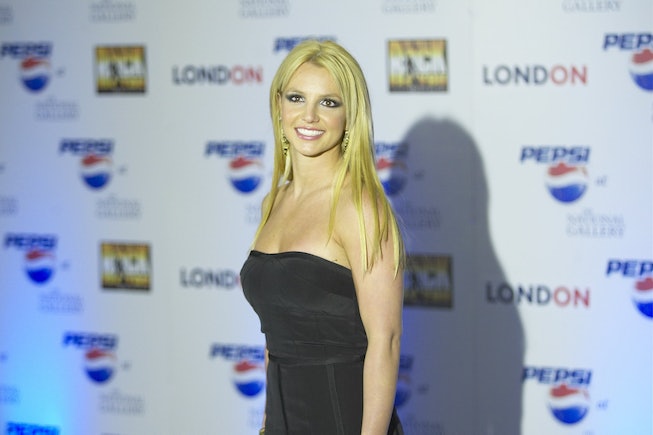 Jamie Spears, who was suspended from Britney Spears’ conservatorship in September, is now asking Britney’s estate to continue paying his legal fees. The pop star’s attorney, Mathew Rosengart, called the request “an abomination,” which feels like the perfect word to describe the nerve of this man for constantly coming after his daughter for cash.

Not only has Britney outlined what she described as the “abuse” of the conservatorship in a heart-breaking testimony, but Jamie has also been the subject of a New York Times investigation detailing eavesdropping claims and a recent Variety exposé on alleged financial mismanagement. Will he ever stop? Britney’s 13-year conservatorship left her unable to make any financial or life decisions — remember her searing testimony where she revealed she was forced to wear an IUD? — but throughout the course of the conservatorship, she was also required to pay all her father’s legal bills, as well as her own legal expenses in trying to get out of the arrangement. According to Variety, her father’s attorney charges around $1,200 per hour.

“Jamie stepped up to protect his daughter in 2008 and stepped into the role of Co-Conservator when Britney was unquestionably incapacitated and victimized by persons seeking to take advantage of her incapacity,” the filing reads. “It would be contrary to public policy if Jamie’s years of dedication to protect his daughter…could subject him to personal bankruptcy and ruin defending baseless claims.”

Britney’s camp responded to the petition, writing: “Mr. Spears reaped many millions of dollars from Britney as a conservator, while paying his lawyers millions more, all from Britney’s work and hard earned money,” Rosengart said in a statement. “The conservatorship has been terminated and Mr. Spears was suspended ignominiously. Under the circumstances, his petition is not only legally meritless, it is an abomination. Britney poignantly testified about the pain her father caused her and this only adds to it. This is not what a father who loves his daughter does.”

Meanwhile, Britney has been soaking up her newfound freedom. She teased an interview with Oprah, released a heartfelt video thanking the #FreeBritney movement where she included the heartwrenching detail that she’s so happy she can do things like go to the ATM and buy candles, got engaged to her longtime boyfriend, Sam Asghari, and appears to be absolutely thriving, via Instagram.