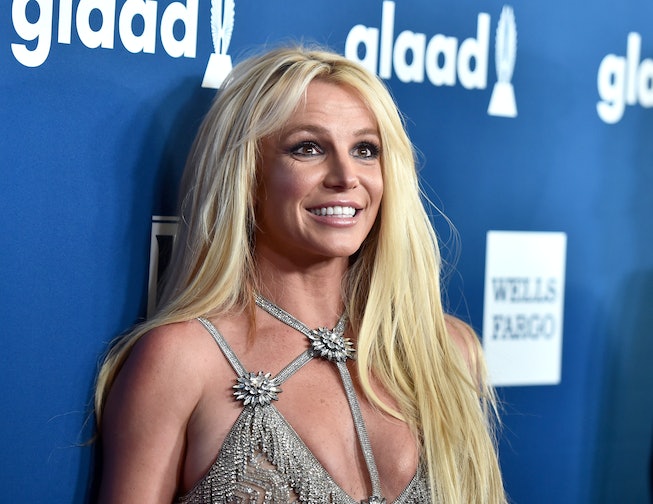 Britney Spears — who is now free! — released a two-minute video on November 16 on how she’s been feeling after her 13-year-long conservatorship officially ended last week — and teased an interview with Oprah.

It’s the first time the singer had spoken to the public directly since the conservatorship was terminated, though she has written on Instagram about how her family has hurt her deeper than we’ll ever know. The video comes before the singer is allegedly set to talk to Oprah, because who else would do one of the biggest interviews of the decade? Step aside, Adele!

It’s probably safe to assume whatever interview Spears decides to do is going to be a tell-all, particularly because every time she has been free to speak, she’s detailed disturbing conditions that showed the full scope of the control the conservatorship had on her life.

On Instagram, she hints at potentially more disturbing details. The caption reads: “I might as well do a hint of my thoughts on the gram before I go and set things square on @Oprah !!!!! I mean who knows … I do know how embarrassing is to share the fact I’ve never seen cash or wasn’t able to drive my car …. but honestly it still blows my mind every day I wake up how my family and the conservatorship were able to do what they did to me.” She continues: “I’m not even mentioning all the bad things they did to me which they should all be in jail for … yes including my church going mother !!!!”

Standing in a power pose with her hands on her hips, Britney possesses a quiet power and strength that’s both inspiring and emotional to witness. You get the sense that we have no idea the depths of darkness she’s actually been through. She starts the video by saying she’s here to answer all our questions, the first (and most obvious) being: What is she going to do now that she’s free from her conservatorship?

“I’ve been in the conservatorship for 13 years. That is a very long time to be in a situation you don’t want to be in, so I’m just grateful for each day and to have the keys to my car and being able to be independent and feel like a woman. Owning an ATM card, seeing cash for the first time, being able to buy candles. It’s the little things for us women, but it makes a huge difference.”

Being able to buy candles sent a chill down my spine. The fact that one of the world’s biggest pop stars wasn’t allowed to drive to a Target and spend 20 minutes sniffing candles only to buy one that costs $35? It really is the little things!

She continued: “I’m not here to be a victim. I lived with victims my whole life. That’s why I got out of my house ... I’m here to be an advocate for people with real disabilities and real illnesses. I’m a very strong woman, so I can only imagine what the system has done to those people.”

She also went on to thank the #FreeBritney movement. “The Free Britney moment: You guys rock. My voice was muted and threatened for so long and I wasn’t able to say anything and because of you guys and the awareness of kind of knowing what was going on and delivering it to the public for so long. Because of you, I honestly think you saved my life in a way, 100%,” she said, before a self-aware add: “I know there’s a lot of jokes about the Free Britney movement — we’re not free, we’re expensive!”

If this video is a preview of the Oprah interview, it’s a good sign we’re going to see Britney as her most lucid, honest, funny, and self-aware. In the meantime, watch the full clip, below.

NEXT UP
Culture
Pretty Sick’s NYC Show Was A Raucous Party To Remember
Culture
Aly & AJ's "With Love From" Video Is A Postcard Of Melancholy
Culture
Dexter Driscoll’s “Pretty Boy” Turns New York Into A Video Game
Astrology
Get To Know Sagittarius, Astrology’s Wild Child