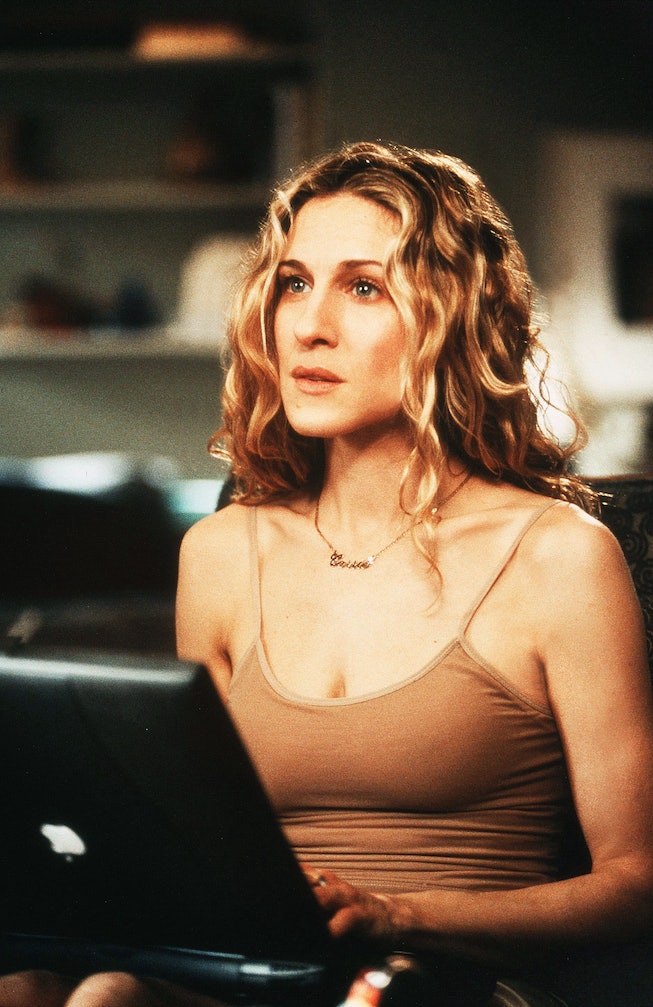 I hate to be a downer, but the much-anticipated Sex and the City reboot And Just Like That... has been as disappointing as the Aleksandr Petrovsky plot line so far. I don’t know if we’ll ever be over the fact that Samantha isn’t in the reboot because of alleged beef with Sarah Jessica Parker, or if we’ll be okay with some absurd fashion choices now that legendary costume designer Patricia Field has decided to stay with Emily in Paris over returning to the show. Or that Big might kick the bucket?!

It’s okay: Reboots, as Adam Brody recently told Rachel Bilson on her O.C. podcast, are almost never good. And that’s not really the point, so much as the point of a reboot is to cash in — both literally and figuratively — on nostalgia. And there’s nothing that cashes in on nostalgia more than the latest promo for the Sex and the City reboot, which has the show partnering with Airbnb to rent out Carrie Bradshaw’s reimagined studio apartment.

A couple lucky guests will be able to rent the room for $23 per night, in keeping with Carrie’s rent control from 20 years ago, which would would make her rent $690 for a studio on the “Upper East Side,” though the apartment is actually in the West Village. You have to laugh!

“It’s been 23 years since I first stepped into Carrie’s shoes, and now, it’s your turn. In celebration of the upcoming release of And Just Like That…, the highly-anticipated new chapter of HBO’s groundbreaking series, Sex and the City, we’re opening the doors to the brownstone where it all began,” the listing reads. Being in the recreated apartment was surreal for SJP, who told Vanity Fair, “I felt like I had transported back 23 years.”

The apartment is truly set-decorated, complete with a cocktail shaker for cosmos, a 2000s-era cordless phone, Carrie’s quintessential gold nameplate necklace, a filled, curated closet to play dress up with, a desk with a laptop, stack of Post-its and Rolodex, a leather chair for reading Vogue, a virtual welcome from SJP herself, and brunch. In keeping with Carrie’s apartment, there is not a kitchen. (Carrie did have a kitchen, but she kept shoes in her oven.) Booking opens at noon ET on Monday, Nov. 8 for two, one-night stays on Nov. 12 and 13.