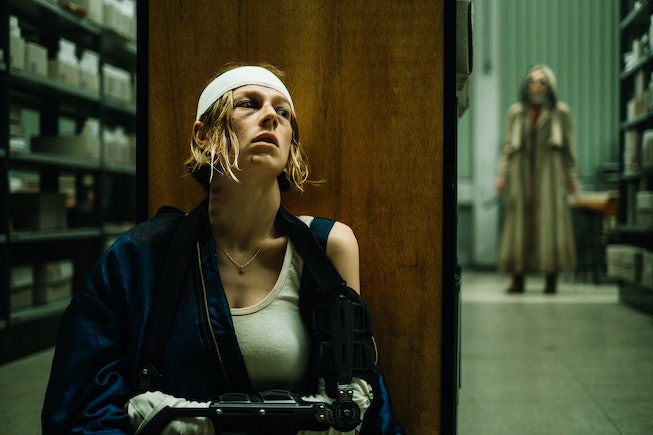 Euphoria breakout star, model, and all around cool girl Hunter Schafer is finally making her big screen debut in the feature film Cuckoo. The horror film, from Neon and director Tilman Singer, wrapped principal photography in Germany and is slated for a 2023 release. Although the film’s plot remains tightly under wraps, there’s a few morsels of information out, which you can find, below.

Singer is a director to watch

Singer, best known for the 2018 possession thriller Luz, is a sought-after up-and-coming filmmaker. He’s been critically acclaimed for his genre-bending storytelling, as well as his unique approach to the horror genre.

Cuckoo will be shot on 35mm

This film is going to be scary and gorgeous. Buckle up!

The cast is filled with indie talents

Joining the Euphoria actress are Dan Stevens, Jessica Henwick, Marton Csókás, Greta Fernández, and Jan Bluthardt. Stevens is best known for his role as Matthew Crawley on the acclaimed period drama Downton Abbey and the 2021 sci-fi romance I’m Your Man, the latter being Germany’s submission to the Oscars. Cuckoo will be Bluthardt’s second time working with Singer, as the two reunite after the actor played the lead in Luz. Henwick will also star in Rian Johnson’s anticipated Knives Out sequel, Glass Onion: A Knives Out Mystery. And to circle back to Schafer: She recently joined the cast of The Hunger Games prequel: The Ballad of Songbirds and Snakes.

Prepare to be freaked out

As noted, the plot of Cuckoo remains under lock and key, but the film’s teaser photos features a disheveled Schafer ostensibly hiding from a looming figure in a trench coat. The Euphoria actress is also shown wearing an arm brace, so perhaps some body horror is involved in the Cuckoo’s plot. Will she be a final girl, or a tragic victim? Does the title Cuckoo hint at how the each character will slowly but surely lose their minds through torment and terror? Your guess is as good as ours!