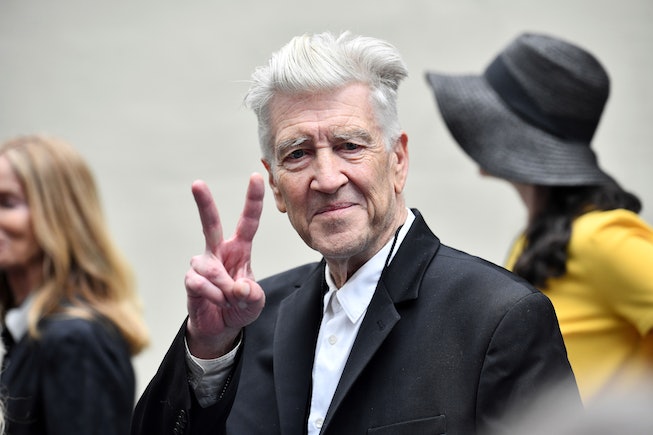 Somebody not having a film at Cannes is hardly something to write about — but this year someone started a tantalizing little rumor that David Lynch did in fact have a secret project, sending many a subreddit into a tailspin. Unfortunately for all of us who are fans of Kyle MacLachlan, Twin Peaks, and having out of body experiences while watching a film that ultimately leaves you with more questions than answers, Lynch is maintaining he does not have a film at the upcoming festival.

“I have no new film coming out,” the director best known for Blue Velvet and Twin Peaks, said in an interview with Entertainment Weekly that was supposed to be about his 2006 film Inland Empire, which stars Laura Dern, that has just returned to theaters with much success. “That’s a total rumor. So there you are. It is not happening. I don’t have a project. I have nothing at Cannes. It’s unfortunate. It got built up that people thought, ‘Oh, that’d be nice.’ But there is something new, but it’s not mine. I don’t know whose it is. They say there’s something new at Cannes, and they don’t say whose it is, and some people thought it was my film, but it’s not. So we’ll wait and see, and see whose it is.” A lot of rambling for someone without a secret movie coming out...

When asked if he is working on any film, Lynch shared that he’s working on other artistic endeavors. “I’m working on painting and sculpture each day,” he said. “And I’ve been working on Lost Highway color-correcting and timing.” Lost Highway is Lynch’s 1997 neo-noir masterpiece — which is often praised for its soundtrack, which was produced by Nine Inch Nails’ Trent Reznor.

But how did this rumor start? Like anything in Hollywood, from “inside sources,” who told Variety earlier this week that there will be a David Lynch feature film starring Dern, along with some other Lynch regulars. Dern may have inadvertently helped probe this rumor. Last year, she told Dazed she got coffee with Lynch and reported: “There’s a twinkle in his eye and he’s up to something radical and fantastic.” But then again, who amongst us would not have a twinkle in our eye while drinking lattes with Dern?

Anyway, we’re inclined to believe that Lynch is working on some surrealist paintings. But if all of this has made you crave his work, you can stream Twin Peaks on Paramount+, Mulholland Drive on Criterion, or Eraserhead on HBO Max. Or if you want to feel weird, but only have a few minutes, check out his strange commercials for brands like Barilla Pasta and Yves Saint Laurent.

NEXT UP
Culture
The Cutest Couples At The 2023 Grammys
Culture
Caroline Polachek In KNWLS & More Party Photos You Missed
Culture
Loewe’s Howl's Moving Castle Collection Is An Anime Dream
fashion
All Of The Sexy, Sparkly Outfits From The 2023 Grammys Afterparty
Style + Culture, delivered straight to your inbox.