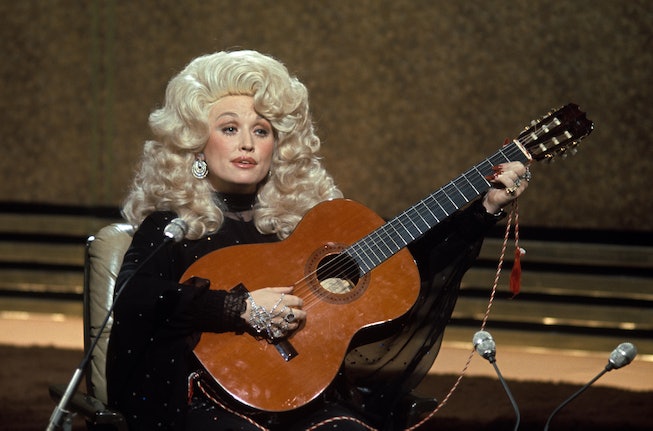 Do you know what it means to be a selfless person? Dolly Parton does. In November 2020, it was revealed that Parton donated $1 million to Vanderbilt University for research on the Moderna vaccine. Generously opening her wallet to help end the pandemic was enough for Parton, who was naturally extremely humble about her involvement. The woman simply does not like to make a big deal out of her do-good agenda! (Some celebrities could and should be taking notes!)

In February of this year, Parton asked her home state of Tennessee not to erect a statue in her honor. "Given all that is going on in the world, I don't think putting me on a pedestal is appropriate at this time," she wrote in a statement. "I hope, though, that somewhere down the road several years from now or perhaps after I'm gone if you still feel I deserve it, then I'm certain I will stand proud in our great State Capitol as a grateful Tennessean."

It’s almost like Parton is the way she is out of the goodness of her heart and not for attention or praise. They said it couldn’t be done, but here she is as proof that a pure heart is invincible against the corruption of fame!

As with any Parton tale, it only gets better. The country music legend recently — and very casually — dropped how she invested her royalties from Whitney Houston’s 1992 cover of her 1973 track “I Will Always Love You” into a local Black community in Nashville.

During an appearance on Watch What Happens Live, Parton told Bravo’s premiere journalist and seasoned host Andy Cohen that she used the royalties — which began at $10 million — to purchase a Nashville strip mall in a Black community a whole 24 years ago. Parton wanted to interact with the Black community, she explained, just like Houston would have wanted. And in true Parton fashion, she never mentioned it or asked for any recognition.

"I bought my big office complex down in Nashville. So I thought, 'Well, this is a wonderful place to be,' " Parton said. "I bought a property down in what was the Black area of town, and it was mostly just Black families and people that lived around there. It was off the beaten path from 16th Avenue and I thought, 'Well, I am gonna buy this place — the whole strip mall.' And I thought, 'This is the perfect place for me to be,' considering it was Whitney."

She continued: "I thought this was great — I'm just gonna be down here with her people, who are my people as well. So I just love the fact that I spent that money on a complex and I think, 'This is the house that Whitney built.' "

According to the Washington Post, Parton’s purchase of the Sevier Park neighborhood complex in 1997 was monumental for the time. Nashville historian Dave Ewing explained that most recording artists stayed away from the area, but Parton’s real estate investment revamped the neighborhood.

“We’re just hearing now, because of the Black Lives Matter movement, how down for the cause Dolly has always been — even when others in the music industry weren’t,” Ewing said. “Dolly Parton could have built and bought any piece of property in Nashville. But you would have to have gone out of your way to buy in the 12 South neighborhood, because no Realtor would have shown Dolly that lot to buy.”