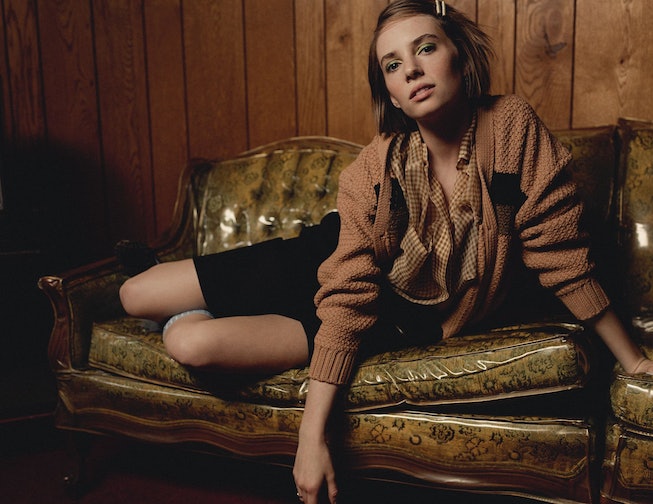 As I've spent the past six weeks editing NYLON from the comfort of my couch in quarantine, one thing has become clear: Pop culture and nostalgia serve as powerful salves for anxiety in a difficult time. When the never-ending scroll of doom and gloom becomes too much to bear, our readers have found comfort in streaming old episodes of The O.C. and The Simple Life, wearing head-to-toe tie-dye reminiscent of summer camp, loading up Spotify playlists with Y2K pop powerhouses like Britney Spears, and watching their favorite artists from decades past play acoustic sets on Instagram Live. (I can't be the only one who finds Death Cab for Cutie frontman Ben Gibbard's emo swoop haircut oddly soothing in 2020.)

You may have noticed from what's listed above that my personal brand of nostalgia is that of the late '90s and early aughts — I suppose I've never fully outgrown my teen angst — which just so happens to be exactly when NYLON was born.

From 1999 onward, I gravitated toward NYLON on newsstands. It oozed "cool" and I loved everything about it, from its bold, colorful aesthetic to its up-and-coming cover stars. The magazine kept me informed about everything from the most influential designers coming out of Paris to which indie bands were about to hit it big. Plus, it gave a platform to rising talents before other American publications — many of whom are established A-listers today. It was also one of the first print titles to feature internet celebrities in earnest; who could forget young women like Cory Kennedy, the former NYLON It Girl and columnist who laid the groundwork for the Instagram influencers who'd come years later?

The NYLON name has always been recognized as a pop-cultural powerhouse, which is why I'm so ecstatic at the opportunity to lead the brand into this chapter. We've brought together a dream team of editors who are experts in what's new and what's next in their respective areas — fashion, beauty, entertainment, and music — to cover culture from all angles and bring you the best of what's bubbling up in the zeitgeist. And our new website has had a complete creative overhaul, refreshing signature visual elements from the magazine for a fully modern feel.

The star of our relaunch cover is Maya Hawke, who is the ideal embodiment of the NYLON spirit. Her breakout role as Robin on Stranger Things helped her build a fanbase that’s over 3 million strong on Instagram, but she's also a burgeoning singer-songwriter gearing up for the release of her debut album, Blush, this summer. (It doesn't hurt that her parents are Uma Thurman and Ethan Hawke, and she is quick to acknowledge the privilege that comes with being born into a famous family.) We also catch up with Hayley Williams in this issue; the former NYLON cover girl and Paramore frontwoman is about to drop her first solo project, so it was only natural for us to speak to her about her journey. In a way, it feels like we're growing up together.

I look forward to getting to know you as we continue evolving for the future, and we are committed to keeping you both entertained and informed while we're social distancing. Whether you're looking for work-from-home outfits, a TikTok beauty trend to replicate out of boredom, a soundtrack for a solo quarantine dance party, a thoughtful artist profile, or just a warm hit of nostalgia, you've come to the right place.

Welcome to the new NYLON.