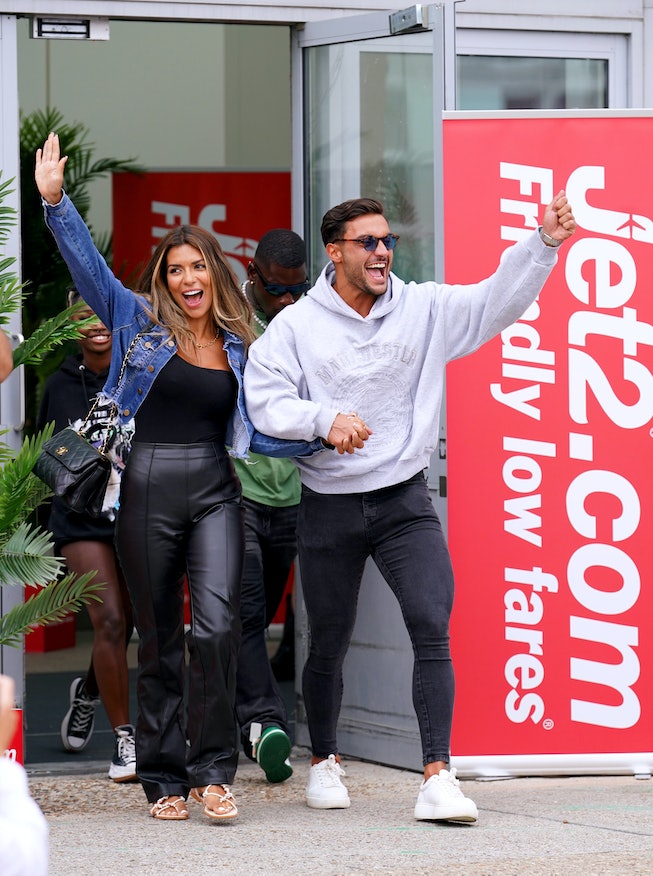 If you didn’t watch Love Island Season 8 in real time, I feel so sorry for you. What’s it like missing out on the blowout fights, blossoming romance, and make up carbonara pasta between two of reality television history’s most legendary finds, Ekin-Su and Davide? As the season’s standout islanders and eventual winners, Ekin-Su and Davide brought new life into a series that was very much on life support. Not only were they wholeheartedly embraced and adored on Twitter, but the British public had their back — the couple won Love Island by a landslide, with 63.7 percent of the public vote, with runners-up and the villa’s resident haters, Gemma and Luca, coming in at a meager 14.5 percent. Now, ITV2 is fully pledging allegiance to Ekin-Su and Davide, in the form of a new travel show with the couple as hosts.

There is truly nothing on this earth that could make me happier than watching Ekin-Su and Davide bicker and make up by feeding each other in various countries, and the self-proclaimed Italian Stallion and Turkish delight will kick off the travel show by hitting up their respective motherlands.

ITV2 has not yet announced when production will begin on what will surely be reality television gold, but in the meantime, Ekin-Su and Davide announced their plans to move in together. “So, basically, we’ve decided that we are moving in together, it’s confirmed,” Ekin-Su announced on Lorraine. “It’s official and we are thinking to move at the end of September, possibly to Essex, which is where I’m from.”

She continued: “Davide’s not been to Essex and I feel like it’s so nice because it’s near London, it’s easy to travel to, a bit of countryside, but then also a bit of that edginess to it as well. But I’m very, very excited for that.”

Along with relationship and television milestones, Ekin-Su also landed the biggest brand partnership in Love Island history after leaving the villa. Said to be worth £1 million, her deal with Oh Polly broke the previous record set by Molly-Mae Hague, who is now Pretty Little Thing’s creative director. As she famously said during her stint in the villa, “I’m Ekin-Su, babes, and there’s only one of me.”