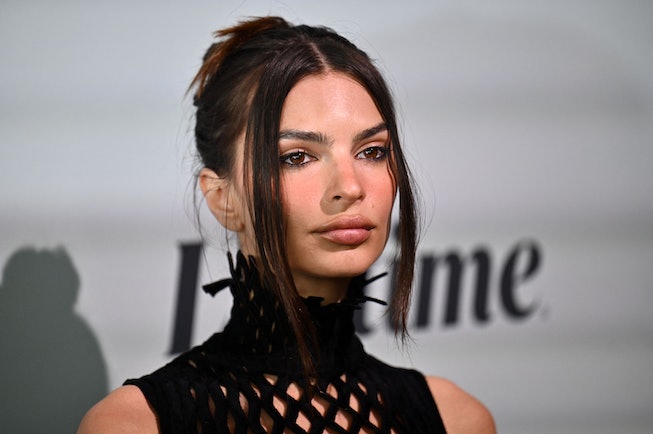 Blonde, the Marilyn Monroe biopic that’s was as highly-anticipated for its NC-17 rating as it was for Ana De Armas’ uncanny resemblance to the icon, finally premiered on Netflix on Sept. 16. The Andrew Dominik-helmed film is not your standard biopic; it’s based off the Joyce Carol Oates book of the same name, and is said to be a feminist reinterpretation of Monroe’s life, but it’s already garnering controversy for its graphic portrayals of sexual assault, abortion, and suicide.

As with anything controversial and hyped, people have opinions. Emily Ratajkowski is the latest celebrity to share her thoughts on the film, calling out the biopic for “fetishizing female pain” in TikTok she posted on Monday.

“So I’ve been hearing a lot about this Marilyn Monroe movie Blonde, which I haven’t seen yet, but I’m not surprised to hear that it’s yet another movie fetishizing female pain, even in death,” Emrata said in the video. "We love to fetishize female pain. Look at Amy Winehouse, look at Britney Spears, look at the way we obsess over [Princess] Diana’s death, the way we obsess over dead girls and serial killers. Watch any CSI episode, and it’s like this crazy fetishization of female pain and death."

She went on to share a rallying cry with her followers: “I think we all need to be a little more pissed off,” she said. In the video’s caption, she added: "So done with the fetishization of female pain and suffering. B*tch Era 2022.”

Adrien Brody, who stars in the film as playwright Arthur Miller, a one-time spouse to Monroe, told The Hollywood Reporter the movie is “supposed to be a traumatic experience” because it’s told from Marilyn’s point of view. He noted that both the book and the novel are “rife with themes of exploitation and trauma," Brody told the outlet. "Marilyn's life, unfortunately, was full of that."

The film has also garnered criticism from Planned Parenthood, who took issue with the film’s abortion scene, where a baby-looking talking fetus says to Marilyn, “You won’t hurt me this time, will you?”

“While abortion is safe, essential healthcare, anti-abortion zealots have long contributed to abortion stigma by using medically inaccurate descriptions of fetuses and pregnancy,” Planned Parenthood said. “Andrew Dominik’s new film, Blonde, bolsters their message with a CGI-talking fetus, depicted to look like a fully formed baby... It is a shame that the creators of Blonde chose to contribute to anti-abortion propaganda and stigmatize people’s healthcare decisions instead.”

Blonde is streaming on Netflix now. You can watch Emrata’s TikTok below.