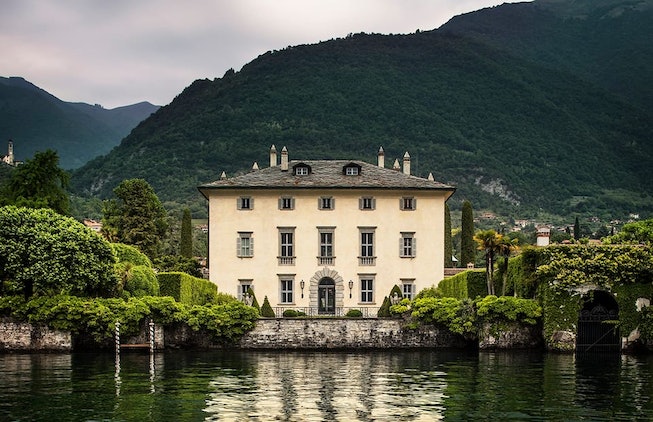 We can’t all be Lady Gaga, but you’ll soon have an opportunity to live the Patrizia Reggiani lifestyle, sans scandal. The villa featured in House of Gucci, which lands in theaters this Thanksgiving, is available to rent on Airbnb for one night only. The giant, luxurious villa is a real private residence called the Villa Balbiano (you know it’s luxe when a house has a name), located on the western short of Lake Como in northern Italy, and starting December 6 at 12pm ET, you have the chance to rent it on Airbnb.

Irina, the host, is offering the house for $1000 to stay for the night of March 30, 2022 for one guest and a plus one — which actually isn’t a bad deal if you don’t factor in airfare to Italy. But it might get a little spooky with only two people in there. The house is large enough for at least 20 plus-ones, with at least four floors, an outdoor swimming pool, private pier and a boathouse. Guests will have access to the first three floors by private elevator. There’s also six suites, each designed by interior decorator Jacques Garcia, a garden featured in the film up-kept by the British Society of Garden Designers and the furniture is sourced by Christie’s and Sotheby’s, in case you needed a reminder of how rich these people are. In true Catholic hypocrisy, the villa was previously owned by a Cardinal.

Renting Airbnb’s from movies and TV is a kind of media marketing technique that’s so very 2021. Carrie’s iconic apartment from was also available to rent on Airbnb for one night only in November to promote the SATC reboot And Just Like That. Not only does Airbnb make cash, but it’s guaranteed press for both the company and the media. If A24’s new coffee table book chronicling absurd movie merchandise throughout the last few decades tells us anything, it’s that studios will go to far lengths to market their work. (May we introduce you to The Notebook bucket hat?!) Staying in an Airbnb featured in a movie or show is also highly Instagrammable, which benefits both the fans and, again, the studios.

Set an alarm for December 6 at 12 pm ET, and maybe check some flights. In the meantime, rewatch the House of Gucci trailer for the 20th time and prepare yourself for the film’s incoming camp spectacle, according to the book.