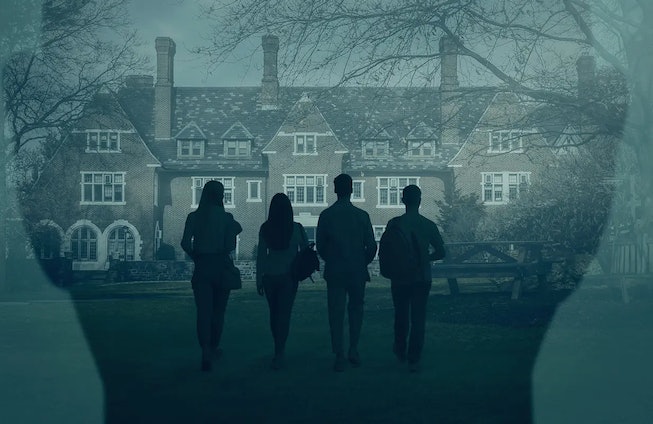 Daniel Barban Levin was a Sarah Lawrence student who needed to find an apartment in New York City for the summer. Instead, he ended up joining what he now describes as a cult.

The story of the cult at Sarah Lawrence, which was helmed in the early 2010s by Larry Ray, the parent of one of Levin’s friends at the school, first became widely known with a New York Magazine article that chronicled the reported manipulation and abuses of Ray, who could now face a maximum of life in prison for sex trafficking, violent assault, and money laundering.

Last year, Levin wrote a heart-wrenchingly vulnerable, disturbing memoir called Slonim Woods 9 about his experience joining, exiting, and excavating the experience of the cult. Now, he’s helping produce a documentary series chronicling Ray’s abuses and the stories of the students he preyed upon. Stolen Youth: Inside the Cult at Sarah Lawrence, is directed by Academy Award-nominated director Zach Heinzerling, and premieres on Hulu on February 9.

“I was in a freaking cult,” says Santos Rosario, one of the students involved in the cult, in the trailer, which includes footage of disturbing instances like videos of students being held down saying. “I love you Larry, I love you,” screaming in pain.

In an interview with Vulture, Heinzerling says Levin approached him about making the documentary at the end of 2019, with an idea to tell the story from the survivor’s perspectives.

“He said, ‘I wanna make something that the survivors will be able to watch and see themselves in,’” Heinzerling told Vulture, adding that through the docuseries, he wants to “show the real process enacted by Larry over the course of many years” and “allow people to see themselves in that experience.”

“In this case, it’s a psychological prison,” he said. “When you see videos of these students admitting to these bizarre crimes, it’s hard to know what to make of it. I think the goal is to understand how it happened and to sympathize with the survivors and understand their story in a deeper way — and hopefully learn something about yourself and society.”

This isn’t the first documentary on the topic. Last year, Peacock released Sex, Lies and the College Cult directed by Robert Palumbo, which explored the disturbing details of Ray’s cult, which Levin doesn’t appear to have been involved with.

You can watch the full trailer for Stolen Youth: Inside the Cult at Sarah Lawrence below.