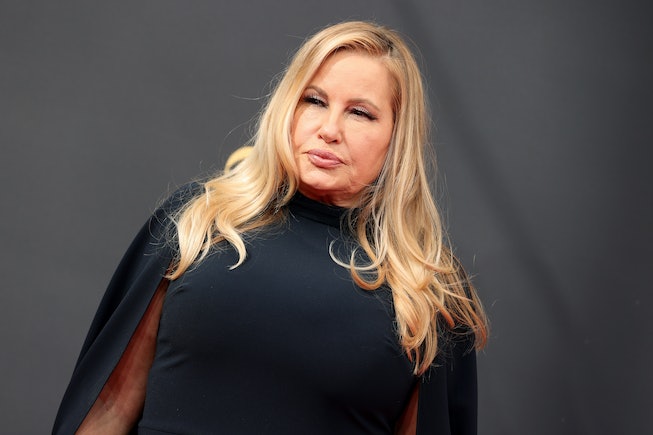 For those with a little thing taste, Jennifer Coolidge has long been one of the best comedic voices in Hollywood. Coolidge has explored every avenue of bimbo hilarity across her career — a MILF in American Pie, a nail tech with a heart of gold in Legally Blonde, a canine-obsessed trophy wife in Best in Show. And her latest turn as the grieving, broken Tanya McQuoid in Mike White’s satire anthology series The White Lotus is yet another masterclass in how to grip a viewer’s attention and be a general fan favorite. But according to Coolidge, she was experiencing a dip in her career for some time, until a boost came from an unsuspecting voice — Ariana Grande.

A refresher: Back in 2018, in the heyday of Grande’s whirlwind romance with a certain Saturday Night Live comedian, the singer stopped by The Tonight Show and did what she does best after singing, which is be remind us that she’s an honest-to-God theater kid at heart. Grande did a slew of impressions, but her standout was a few of Coolidge’s line reads as Paulette Bonafonté Parcelle in the Legally Blonde films. “I’m taking the dog, dumbass!” was met with a roar of approval from the audience because one, it’s a seminal line in the rom-com canon, and two, because Grande’s impression was as spot-on as it gets. A theater kid in a high ponytail is still very much a theater kid!

Unbeknownst to Grande, Coolidge was experiencing a slump in her career at the time, which I fully blame on Hollywood’s obsession with resurrecting and mutating every once-popular television show and movie. But I digress! “It was the beginning of many cool things that happened for me,” said Coolidge to Jimmy Fallon during an appearance on the show. “I was going through a dead zone, not much was going on. And then Ariana did this imitation, and then this ball got rolling.”

Coolidge mustered the courage to DM Grande on Instagram to let her know she loved her imitation. “Next thing you know, I was going to her house for a wardrobe fitting for ‘thank u, next,’” said Coolidge. She then grabbed her nail files and reprised her role of Paulette in the song’s music video — “bend and snap!” dance and a flirtation with a UPS hunk, and jokes about Pete Davidson’s allegedly monstrous member included.

Technically, this means that Grande is partially responsible for Coolidge’s role in The White Lotus and that she, and she alone, has the power to unconsciously influence Hollywood into having taste again. Can Grande do a Parker Posey impression next? I want to see her on Euphoria, damn it!