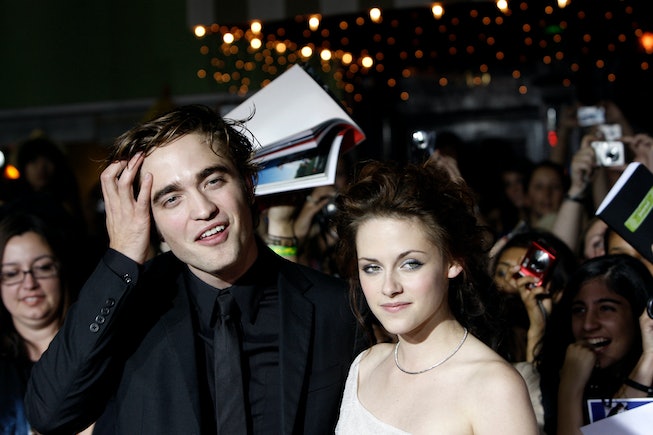 With the press tour for Spencer, the Princess Diana biopic that’s already generating Oscar buzz, comes some juicy revelations from a Kristen Stewart who is older, wiser, and (rightfully) taken more seriously from her Twilight days.

It’s been 13 long years (cue old woman in Titanic voice) since the Twilight franchise kicked off, and with time comes reflection, especially about past relationships. Nearly a decade ago, Stewart and Robert Pattinson were a power duo, not just playing star-crossed lovers onscreen and molding the sexuality of teens everywhere, but also dating in real life. (Though for me, the true power of Twilight was putting the Pacific Northwest on the cultural relevancy map, in a pre-Portlandia era.) Young stars typically do this, probably at the encouragement of their PR teams and because they don’t know many other people their age.

In a recent interview with The New Yorker, Kristen Stewart talked about Twilight and recast her relationship with Pattinson as “young and stupid,” which is all I need to know to suspect she is a well-adjusted 31-year-old. The two started dating in mid-2009, a year after the first movie was released and were together for a whopping four years, which in Hollywood time is practically a decade, before breaking up in May 2013.

Stewart talked about when she first met Pattison, who came to director Catherine Hardwicke’s house to read with her. “It was so clear who worked,” Stewart told The New Yorker. “‘I was literally just, like . . .’ She mimicked a swoon, dropping her golf club at the memory of Robert Pattinson.’” (Apparently they are golfing during the interview. She was also wearing her famed cabana shirt, according to the article.) Stewart said he had an “intellectual approach that was combined with ‘I don’t give a f*ck about this, but I’m going to make this sing,’” and she was like, “Ugh, same.” It’s sweet to picture Kristen Stewart swooning over Robert Pattinson; Stars! They really are just like us.

"Whatever, we were young and stupid and, not to say that we made it so much better," Stewart continued, talking about their chemistry, "but that's what [the film] needed, and that's what anybody playing those parts needed to feel."

Anyway, Stewart is engaged to Dylan Meyer now and smitten — she recently told Jimmy Fallon she “knocked it out of the park.” Aw.