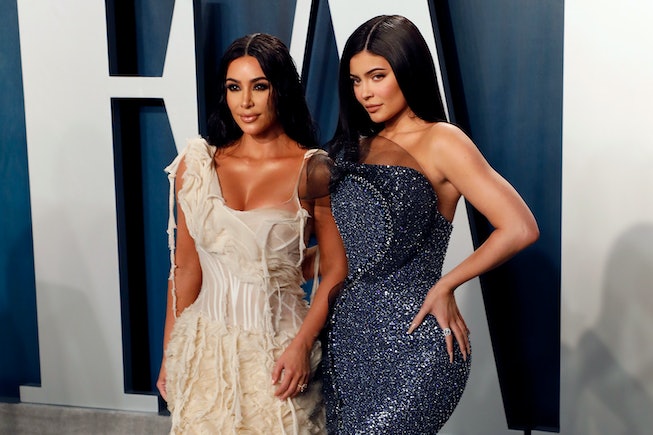 In their reign as some of the most famous people of all time, Kim Kardashian and Kylie Jenner have used their platforms to speak out on various issues, including but not limited to prison reform and postpartum depression. Now, they’re speaking out against the new Instagram algorithm.

On Instagram on July 26, Jenner and Kardashian posted a message to their stories that read, “Make Instagram Instagram Again.” The posts continued: “Stop trying to be tiktok I just want to see cute photos of my friends.” It’s unclear why nobody else in the extended Kardashian-Jenner fam didn’t post, but it’s safe to guess that Instagram’s changes will affect Kim and Kylie’s bottom lines the most.

Instagram has been prioritizing short videos lately, with its feed looking more and more like TikTok every day, replacing mirror selfies of me and my friends with 60-second videos of cats doing strange things, or wellness influencers pedaling 45-second recipes for sugar-free banana pudding.

Head of Instagram Adam Mosseri confirmed a pivot to video is indeed happening, announcing that the platform will be shifting to more video-based content over time due to how users are consuming content in 2022. “We’re going to have to lean into that shift while continuing to support photos,” he said in a video. “If you look at what people are sharing, that’s shifting more and more to video over time. If you look at what people are liking, it’s videos.” He also shared other new changes the company is considering, like a full-screen feed: “We’re going to need to evolve because the world is changing quickly and we’re going to have to change with it.”

Last month, Meta announced a massive overhaul to the Facebook design to make it more like TikTok, in a desperate attempt to achieve a relevancy the company hasn’t had since the summer of the Ice Bucket Challenge. According to an April internal memo obtained by The Verge, Meta execs ordered that rather than prioritize posts from accounts people follow, Facebook’s main feed will start heavily recommending posts regardless of where they come from, mimicking TikTok’s strategy.

If Meta, which owns Instagram, is smart, they will heed Kardashian and Jenner’s advice; the latter’s previous criticism of Snapchat caused the shares of its parent company Snap to drop 7%, which is more powerful than any marketing strategy.