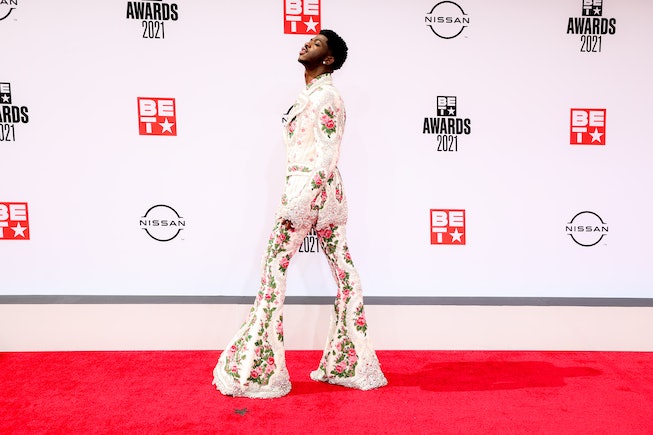 Lil Nas X turned down a chance to be in Euphoria, the rapper told Variety in a new interview that we have to classify as devastating because of this detail, and this detail alone.

Lil Nas X’s career is on fire as hot as the depths of hell, as proven in his “Montero (Call Me By Your Name)” music video where he gives a lap dance to the devil. The 22-year-old rapper — who, in a delightfully karmic twist, just replaced DaBaby as Spotify’s most-streamed male rapper — is only getting hotter, having just released “Industry Baby,” with a video set in the fictional, gay Montero State Prison.

“I was actually going to do Euphoria, but I didn’t want to take time away from finishing my album,” Lil Nas X said in the interview for the magazine’s “Power of Young Hollywood” issue. “I definitely want to get into acting, but I feel I have to give it my all, and I want to focus on music for right now. I want my first movie to be amazing.”

We have to give it to him for not cashing in on his extremely famous moment to lend himself to the similarly hyped, groundbreaking HBO series about beautiful teens and their messy decisions around drug addiction and sex and their journeys with identity. It’s a collaboration that would explode the stratosphere faster than Jeff Bezos’ phallic rocket, and ultimately it’s probably a combination we really don’t deserve — but maybe will be lucky enough to enjoy one day. Also, the timing might have been a little tight. Euphoria is filming this summer with a planned release by the end of 2021, and Lil Nas X’s fairly hyped debut album Montero is set to release this summer.

Or! Maybe it’s all part of Lil Nas X’s plan. He no doubt is already an actor in his own right, performing in Montero State Prison and the devil’s chambers. But every public and social move the rapper makes is intentional; he’s the master of Internet trolling. We can only hope this interview is part of an elaborate PR scheme that may mean he actually is in Euphoria, or there’s some kind of musical collaboration between him and Zendaya. Maybe someone will be rocking the Satan Nike shoes in Season 2 of the show? Do we dare to dream?