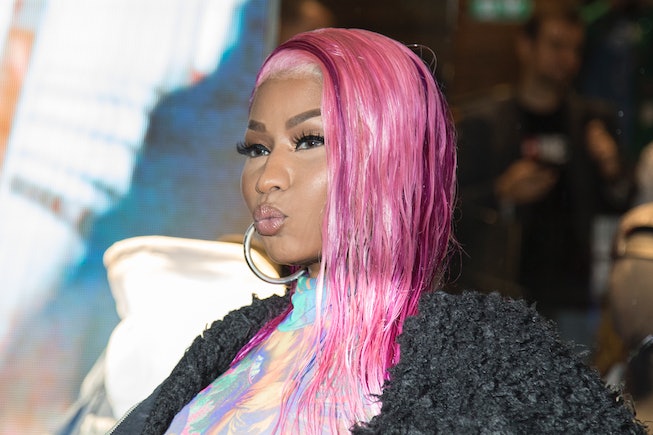 Nicki Minaj’s Queen Radio, one of the wildest experiments in culture in recent years, will soon return to its rightful place in the culture. The show, which premiered on Apple Music in 2019 and featured Minaj interviewing guests like Ariana Grande, Chance the Rapper, and Blac Chyna, has been on hiatus, along with Minaj, but will soon be returning on a new platform, the rapper announced on Tuesday.

Joe Budden, on The Joe Budden Podcast, wondered aloud what the future held for her show. “I don’t like how the music business doesn’t give us a follow up story on certain things we fall in love with,” he said. “Like I want to know what happened to Queen Radio…it was only the biggest thing outside of OVO radio.”

Minaj posted the clip on her Twitter, writing: “Thank you Joe, I rlly appreciate you asking & caring. We have a new home. Official announcement coming soon. I gotta s/o Larry Jackson @ Apple tho, for originally putting the idea on my radar & giving me his blessing to explore new avenues for the show. #QueenRadio.” Does that mean it, like every other podcast, is going to...Spotify? Seems likely, which would be a big get for the company who has made it clear they are really, really interested in becoming the place where we listen to absolutely everything.

In July, Minaj teased her show might have a new home, as well as teased her new album, writing on Instagram: “It looks like there maybe a new home for Queen Radio & man oh man. Can’t wait to have fun wit you guys again. This sht gon b so epic,” she added. “But the things I have to say will be said in the right environment @ the right time. Plus, if you know me, I have to write about it first. Album tingz.”

Minaj, like our collective mental sanity, has been on hiatus for the last couple of years, appearing occasionally on a few singles, getting married, having a baby, and promulgating vaccine discourse regarding the safety of men’s testicals. (Balls have been confirmed to be in the clear by multiple medical experts.) But “album tingz” seems like a good a sign as any that she’s going to be giving Barbz some new material soon.