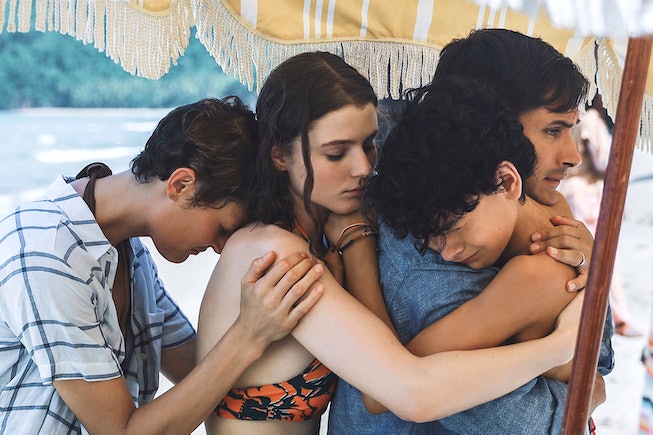 Gen Z readers may not have been aware, but Millennials (and their elders, the embattled Gen X) remember a time when director M. Night Shyamalan was churning out freaky horror films with massive, jaw-dropping twists on a regular basis. Who can forget a cherubic Haley Joel Osment shaking with fear as he delivered the line “I see dead people” to Bruce Willis in the 1999 box-office smash, The Sixth Sense, only to have the big reveal be that Willis himself was a clueless ghost the entire time? What about 2002’s Signs with its ominous crop circles that led to a full-blown alien invasion?

Somewhere along the way, Shyamalan’s once profound twists and turns became full-blown jokes. The titular 19th century village of Covington from his 2004 film The Village turned out to be some rich guy’s fantasy of a crime-free community, while the killer in 2008’s The Happening was neither a mythical creature nor even a regular person, but plants. Just plants! And now this new legacy continues with Shyamalan’s latest feature, Old, about a beach that makes you — wait for for it! — old.

Old follows a family on the brink of divorce as they take one last vacation together at a tropical resort. The resort’s manager lets them in on a little secret: There’s a fabulous, secluded beach nearby, and he’ll arrange for them to spend the day there. They drive over to the beach with a few other resort guests (including a rapper whose name is inexplicably and hilariously Mid-Size Sedan) and after a few hours, all hell breaks loose. Everyone is aging rapidly! The actual old people are decaying in real time! The children are now teenagers! Also, every time someone tries to leave, they black out and end up back on the beach that makes you old!

Technically speaking, all beaches make you old (sun damage and proper SPF use are no joke, people) but a film premise so bonkers is all the fodder Twitter users need to make a hilarious meme cycle, which is exactly what happened following Old’s theatrical release. It feels good to laugh!

Find some of our favorite memes below, and don’t forget to put on sunscreen today.

The Letterboxd community has something to say!

The meta meme cycle in a way also makes you old...

We must sing about the beach that makes you old to honor the fallen!

Celebrities are just like us: They’re also victimized by the beach that makes you old.

Only real old heads will get this one:

Again, it feels good to laugh!