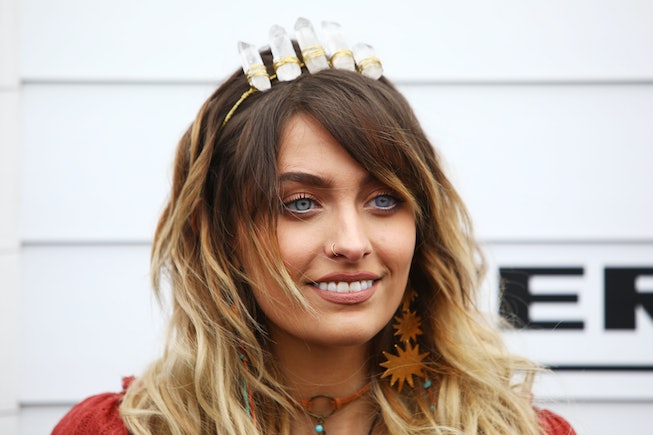 Photo by Graham Denholm/Getty Images for the VRC

When it comes to defining your sexuality, Paris Jackson said there's no longer a need for labels. Speaking with People, Jackson explained why she doesn't consider herself to be bisexual, a topic that she recently explored during the finale of her Facebook Watch show Unfiltered: Paris Jackson and Gabriel Glenn.

Delving further into these comments, Jackson said that no one label fits her sexuality. "Labels in general, not just for sexuality but for everything, I think, are just ways for humans to make sense of the world, to be able to compartmentalize ... We're getting past the need for labels. It's beautiful," she said. Back in 2018, she had asked not to be labeled as bisexual, saying, "I just love people for people. I don't label myself so please don't label me. Thank you!"

Coming out at the age of 14, Jackson has frequently used her platform to explore topics of importance, including how she deals with mental health. After saying that she relies on music to help her cope with feelings of depression, Jackson also told People that she's been using other means of therapy. "Everyone has different ways of coping with depression and anxiety. I encourage anyone going through it to research as much as they can to find what fits them best. For me, I just try to practice meditation and DBT (dialectical behavior therapy), I try to surround myself with people, places and things that feed my soul and make me happy," she said.

During a previous episode of her Facebook Watch series, Jackson said that she had chosen not take anti-depressants, saying, “For me, my depression comes in waves, so even though the lows are unbearably low, I would still rather feel that than nothing. Pain is way better than numb because at least you’re feeling something." Ultimately, deciding on treatment or a course of action for your mental health issues remains up to you, and whether you choose to cope with therapy, music, medicine, or any other countless methods, should be a decision made with the help of a trusted mental health professional.

NEXT UP
Life
19 Self-Care Gifts For Your Friend Who Needs To Relax
Culture
A Britney Spears-Inspired Musical Is Coming To Broadway
Culture
An Exhaustive Breakdown Of The Balenciaga Controversy
The Art Issue 2022
True Life: My Partner Is Obsessed With NFTs