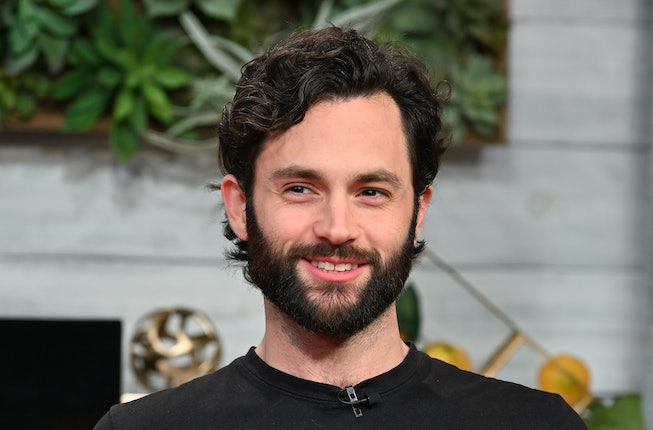 Penn Badgley may be basking in the accolades brought forth by his portrayal of the homicidal stalker Joe Goldberg in the Netflix thriller You, but real ones know him as another New York City-based man with a proclivity for developing creepy obsessions: Dan Humphrey from Gossip Girl. Although Dan never murdered anyone (that we know of...) and is in that regard a more humane character than Joe, Dan still thoroughly sucks. Badgley himself is no fan of man who revealed himself to be the titular Gossip Girl after a whirlwind, completely bonkers six season run. He’s not one to sugarcoat to or try to rationalize Lonely Boy’s behaviors: “He’s the worst.”

Badgley went into more detail with Esquire who asked him to explain Dan’s worst actions, by which there are many. Did you miss the part in which he was Gossip Girl the entire time, writing scathing and libelous blogs about the nearest and dearest to his heart? To get the attention of his crush who he also brutalized in said blogs? For Badgley, Dan’s worst behavior is how he treated his younger sister, Jenny, more specifically when he aired out her intimate business to the nosy denizens of Manhattan’s Upper East Side. “He outed his sister losing her virginity,” he said. “These storylines are twisted. This is villainous.”

Although Badgley has made a career out of playing “villainous and off-putting characters,” few compare to Joe’s level of evil, which has spanned multiple murders, framing others for said murders, procreating with another murderer, and fostering general levels of terror at a bi-coastal level. And that is truly, madly, deeply, the very tip of the iceberg.

“I do think about it and I do worry about it. Honestly, for me, acting is just a very spiritual thing,” said Badgley. “And I’m just present with the words I read on the screen and when it’s awful it kind of, like, makes your skin crawl, then that’s what comes up. And then that’s what I do. I think if I tried to profile him, really like a psychopath, You would be disgusting and unwatchable.”