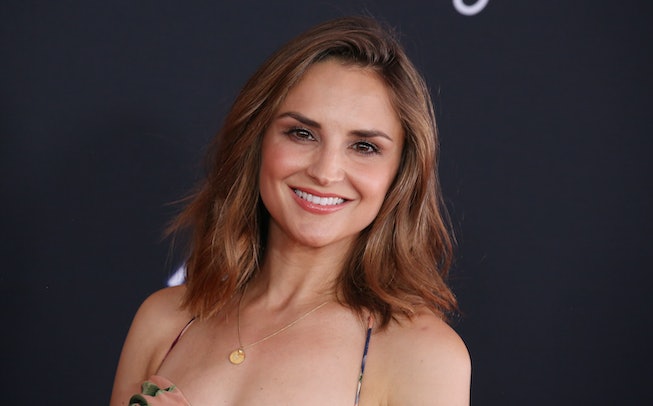 The Rachel Leigh Cook renaissance in the media is here, thanks to her role in the He’s All That Netflix remake starring just okay TikTok dancer-turned-actress, Addison Rae. In a new profile for the New York Times, Cook revealed that starring in X-Men is the ghost ship that never sailed for her.

Cook shared that she turned down the role of Rogue in X-Men to avoid acting on a green screen and in order to shoot multiple, smaller films. Her She’s All That costar Anna Paquin was cast instead, and would go on to star in four X-Men films between 2010 and 2014. "As soon as I saw the posters for it, I knew that I'd made a mistake," Cook told the New York Times.

She went on to reflect on that period of her career, where she was told she wouldn’t be taken seriously an actor if she took the X-Men role. “I really thought what everyone told me was correct when they said, ‘What we need to do now is make sure you’re taken seriously,’” she said in the interview. “I definitely did things for the wrong reasons.”

While it’s true that Paquin went on to be mega-rich, Cook instead starred in the seminal 2001 film Josie and the Pussycats, which bombed at the box office but has since become a cult favorite for its deliciously 2000s fashion (it made me start wearing purple leopard furry platform sandals to school in fourth grade), its wicked smart commentary on the music industry (Cook literally taught me what satire was) and its unforgettable soundtrack (I have two copies for some reason.) So, artistically, we as a society fully support Cook’s decision.

Cook also spoke about being in the She’s All That Remake, and admitted she was initially skeptical about being in the film: “What if my role is trotted out to signal to everyone who might have been a fan of the first movie, ‘She said it’s OK! She’s still alive, isn’t that fun?’” Thankfully Cook — along with Matthew Lillard and Kourtney Kardashian, the latter of whom plays an influencer manager who is named “Jessica Miles Torres” for some reason — ends up helping the film be remotely tolerable. (The remake has been panned across social media and even described as “unwatchable” by some critics. Bummer, Rae!)

Next up, Cook will star in and produce A Tourist’s Guide to Love for Netflix, a very Eat Pray Love energy film about a travel executive who goes to Vietnam after an unexpected break up and finds adventure and romance with her tour guide. Cute!

NEXT UP
Life
Julia Fox Calls Ye “The Most Lit Rebound Ever”
Life
A Studio Ghibli-Inspired Cookbook Is Coming To A Kitchen Near You
Life
Paul Mescal Is A Single Dad In Emotional Aftersun Trailer
Life
Mia Goth & Ti West On Pearl, Their Latest, Sumptuous Horror Film