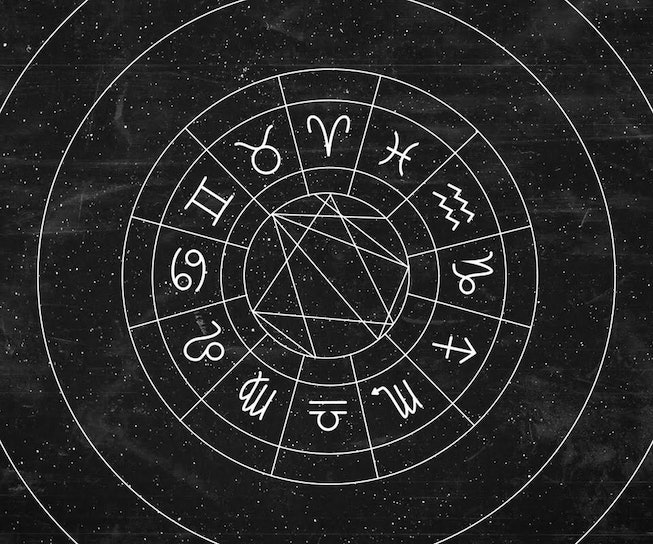 On Monday, June 14, the planets Uranus and Saturn make a 90 degree square, initiating an epic clash between an unmovable object, Saturn, and an unstoppable force, Uranus. In one corner is Saturn, avatar of control, structure and definition; and in another, Uranus, the trickster, liberator and revolutionary. As outer planets, which take years to move through each sign, the effects of these two archetypes — named after the forefathers of the Greco-Roman pantheon — are felt generationally, and elucidate the conflicts between the old and the new, change and stagnation, power and freedom. And what better time for such a face-off than Pride?

The current Uranus-Saturn cycle, which brings the planets into conflict every decade, began in 1988, with the fall of the Berlin Wall and of apartheid in South Africa, and the oppression of peoples’ movements in Myanmar and China. The planets squared at the turn of the century, just as the Bush Administration’s Saturnian boot crushed the youth culture and Girl Power movements of the ’90s. By the time the planets came into opposition, in 2008, just in time for the presidential election and economic crash, the themes of Uranian freedom felt more unleashed than ever, as Lady Gaga, Barack Obama and American Apparel brought a Crayola exuberance back into the mainstream palette. Meanwhile, RuPaul and Ryan Murphy launched new institutions of gay culture, which would come to captivate the global attention and shift the dialogue on gay identity forever.

Of course, ten years later, at Uranus and Saturn square off once again, it seems that Saturn has had the last laugh. Drag Race, and the work of Ryan Murphy, have become the McDonalds of gay culture — ubiquitous, uniform and unhampered by ethics. Caitlyn Jenner and Ellen Degeneres, pioneers of the movement, have lived long enough to see themselves become the villains. Dumbledore was gay, allegedly, then his creator went full TERF. And, just one year after a summer of protests reinvigorated discourse about queer intersectionality and liberation, we’re back to the Pride of last decade, and the exhausting culture around it: No-Kink proclamations, corporate rainbow-washing, gay influencer couples and beyond.

In the endless spin cycle of Bush-Clinton-Bush-Obama-Trump-Biden, and the many broken promises throughout, the earnest embrace of freedom feels like a trap, and a sneer of postmodern cynicism at least offers a lure of security. Pride itself — so needed in a record-breaking year of anti-trans legislation, escalating apartheid in Palestine and racial reawakening in the U.S. — has become a gulag of the mind, a Delta Lounge for the bridge-and-tunnel crowd. Have the queers failed our own planet? How do we get back to Uranus?

“When are you speaking on behalf of your inner child, and your values, and when is it all a pile-on to stay relevant, or worse, to avoid cancellation?”

The answer, of course, comes from the mouth of Fran Lebowitz: Make the culture better. Uranus currently roams through the fields of Taurus, a sign defined by the skill of discernment. You are what you have — be it material possessions and values. Lebowitz speaks of the lost gay audience, whose high expectations of patronage spurred on a high rigor of art, and an “aristocracy of talent.” As streaming channels shill us poorly-written queer characters and the government pats us on the head with GLAAD-friendly rights and recognitions, the power of individual choice is more dangerous than ever. This is not just a collective shift, but a personal reclamation. Remember when you had taste, before you walked into the capitalist concentration camp with the other Disney cruise gays? What do you like? Who wakes up your personal imagination? When are you speaking on behalf of your inner child, and your values, and when is it all a pile-on to stay relevant, or worse, to avoid cancellation?

Saturn, long the enforcer, now moves through the humanitarian air sign Aquarius, seeking to build a new world order in which all are affirmed and supported. We have watched, over the last few years, as the American mainframe has claimed and ruined LGBTQ+ identity, just as it did with Disco and the cultures of its oppressed racial minorities. With this square, we have the possibility of making our own matrix, one rooted in essential dignity and a pride which can’t be consumed by the masses. They’ve turned our Pride into cultural cat food, but that’s no reason to subdue the gifts, dignities, and divine gifts to which we are entitled. Pride is just a word; make it into something new, something they can’t buy, sell, or afford.

Sylvester, the Queen of Disco, said that everybody is a star, and by the time this Uranus-Saturn cycle closes in 2033, we’ll have built a new constellation. At this critical point in the saga, we must embrace our own radiance. Embrace your Uranian fire and let Saturn connect the dots. The saga nears its end, but the awakening has just begun.

NEXT UP
Astrology
How to Use Astrology to Access Past Lives
Astrology
February 2023’s Full Snow Moon in Leo Embraces The Real You
Astrology
Your February 2023 Horoscope Is A Breath Of Fresh Air
Culture
Netflix Is Seriously Cracking Down On Sharing Passwords
Style + Culture, delivered straight to your inbox.